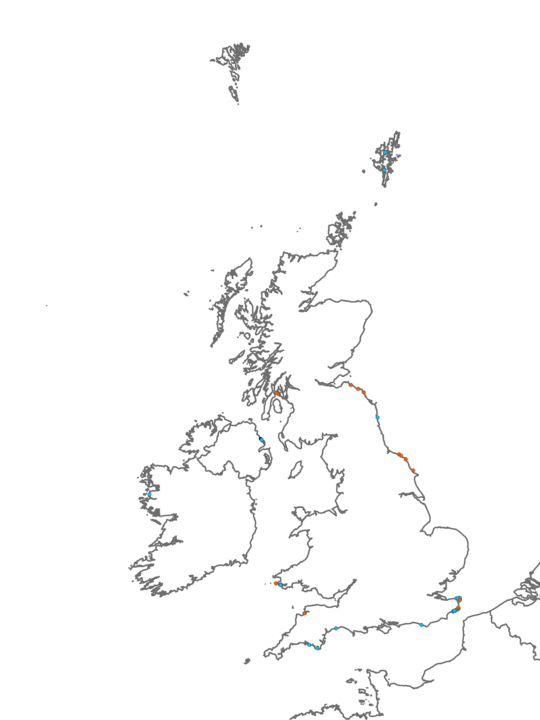 Exposed to moderately exposed lower eulittoral rock characterised by extensive areas or a distinct band of Osmundea pinnatifida and Gelidium pusillum (either together or separately). This community usually occurs on shores on which a fucoid canopy is reduced in extent, or even absent. Other turf-forming red seaweeds, such as Corallina officinalis, Mastocarpus stellatus, Ceramium spp. and Callithamnion hookeri may be present, although O. pinnatifida always dominate. On flatter, more sheltered shores, Osmundea hybrida may also occur. Small patches of bare rock amongst the algal turf are occupied by barnacles Semibalanus balanoides, the limpet Patella vulgata, the whelk Nucella lapillus and small individuals of the mussel Mytilus edulis. The winkles Littorina littorea and Littorina saxatilis can be present on the rock or among the seaweeds. A variation of this biotope has been described for the chalk platforms in Kent where extensive turfs of G. pusillum occur in the mid eulittoral above the main O. pinnatifida zone.

Occurs in the lower eulittoral zone, but in otherwise similar physical conditions. The same species can occur in both biotopes although sponges such as Halichondria panicea and Hymeniacidon perleve can be present in Coff. C. officinalis (Abundant) dominates instead of O. pinnatifida (Frequent ).

Occurs in the mid eulittoral zone above Osm. It has a similar species composition, but lacks the red algae community. 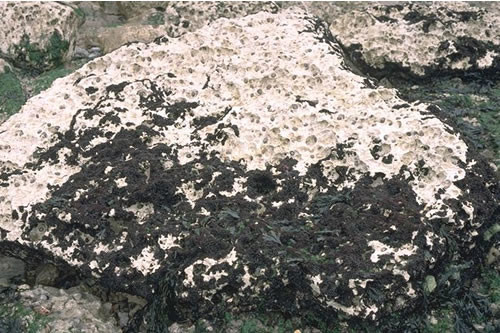 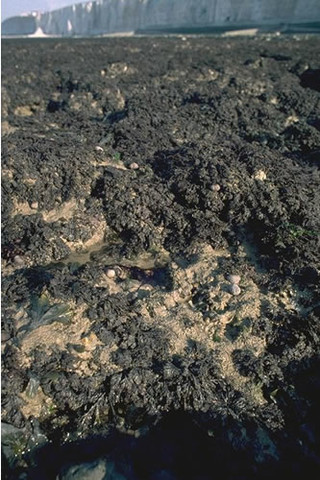 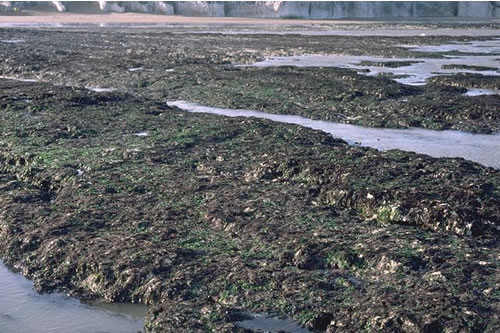