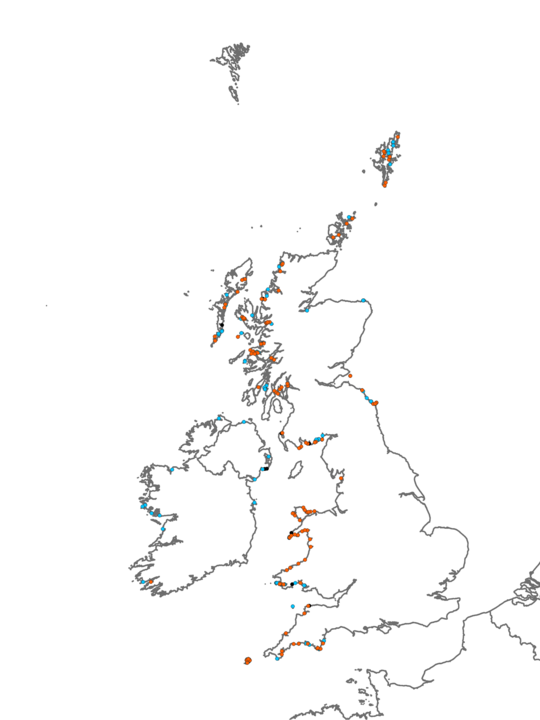 Exposed to moderately exposed steep, lower littoral fringe rock and mixed substrata characterised by the wrack Pelvetia canaliculata and sparse barnacles Chthamalus montagui and Semibalanus balanoides. On sheltered shores the biotope is restricted to vertical faces. The limpet Patella vulgata and the wrack Fucus spiralis are usually present as well. P. canaliculata typically overgrows a crust of the black lichen Verrucaria maura or on occasion Verrucaria mucosa, in contrast to the red crust Hildenbrandia rubra on very sheltered shores. The winkle Littorina saxatilis is frequently present underneath the fronds of P. canaliculata. Some geographical variation are present and southern and western shores are typically characterised by the barnacle C. montagui or Chthamalus stellatus while S. balanoides dominates on northern and eastern shores. On mixed substrata the barnacle Elminius modestus may be present.

PelB is generally found below the V. maura and barnacle zone (Ver.B; Ver.Ver). On exposed shores PelB is found above the biotope dominated by F. spiralis (Fspi) or the mussel Mytilus edulis and barnacles biotope (MytB) or the barnacles and P. vulgata biotopes (Sem). In addition, patches of lichen Lichina pygmaea with the barnacle Chthamalus montagui (Cht.Lpyg) may also occur at the same level or above this biotope, particularly on southern shores. On sheltered to extremely sheltered shores this biotope is limited to very steep or vertical faces.

Occurs in the lower littoral fringe on more sheltered shores, where upward facing rock allows a more dense P. canaliculata population to flourish. It has a lower species diversity and it lacks species such as the barnacles S. balanoides, C. montagui and the winkle Melarhaphe neritoides.

Occurs slightly lower on the shore and is dominated by F. spiralis (Common), whilst P. canaliculata is usually present in low abundance or absent. 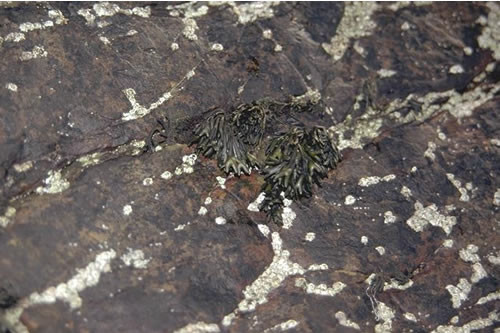 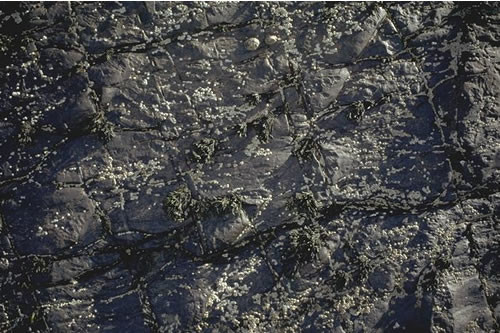