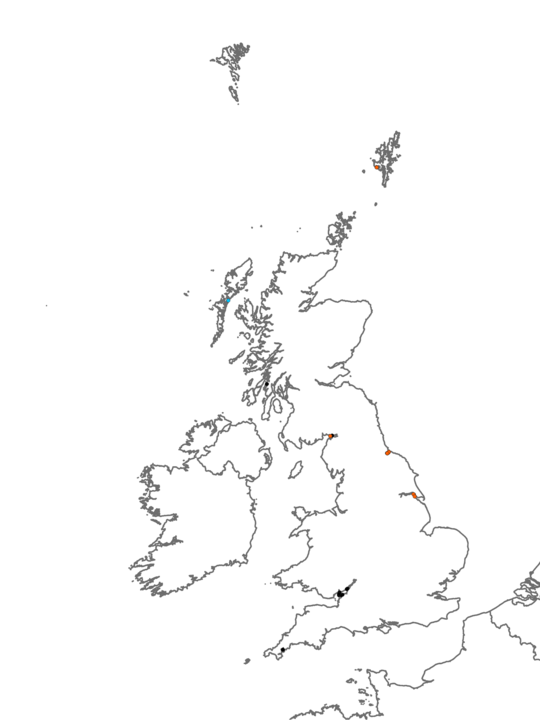 The polychaete Capitella capitata (agg.) a widely-occurring, opportunist species complex that is particularly associated with organically enriched and polluted sediments (Warren 1977; Pearson & Rosenberg 1978) where it may be superabundant. In very polluted/disturbed areas only Capitella, Nematodes and occasional Malacoceros fuliginosus may be found whilst in slightly less enriched areas and estuaries species such as Tubificoides, Cirriformia tentaculata, Pygospio elegans and Polydora ciliata may also be found. In some areas e.g. the Tees estuary, high numbers of the polychaete Ophryotrocha may also be present. Cap may become established as a result of anthropogenic activities such as fish farming and sewerage effluent but may also occur with natural enrichment as a result of, for example, coastal bird roosts. This biotope may also occur to some extent in the intertidal and in estuaries.

This biotope typically occurs in marine inlets, embayments or estuaries where organic enrichment allows C. capitata to out compete other taxa, although the species may also occur in enriched muddy coastal sediments and also offshore where there is a high organic input from adjacent oil drilling platforms (CapThy & CapThy.Odub).

Cap tends to occur in fully marine conditions or in estuarine areas of high organic enrichment and can be distinguished by the reduced species richness as compared to CapTubi.