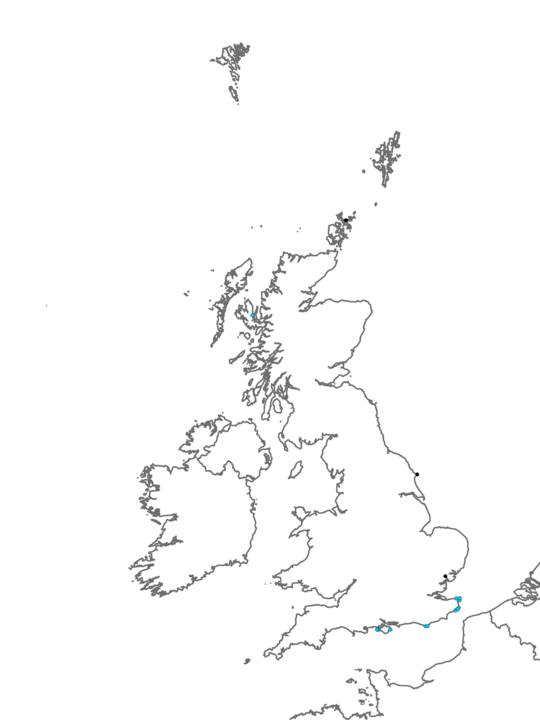 Orange, brownish or blackish gelatinous bands of algae at high tide and supralittoral levels on open cliff faces and on upper walls and ceilings at entrances and to the rear of upper and mid-shore hard and soft rock (chalk) caves. This dark brown band consists of an assemblage of Haptophyceae such as Apistonema spp., Pleurochrysis carterae and the orange Chrysotila lamellosa, but other genera and species of Chrysophyceae, Haptophyceae and Prasinophyceae are likely to be present as well. Species such as Entodesmis maritima and Thallochrysis littoralis and the filamentous green alga Epicladia perforans are often associated with Apistonema spp. and the latter can form a green layer beneath the Apistonema spp. Associated with this splash zone algal community is an assemblage of animals of terrestrial origin, with red mites, insects and centipedes commonly found. These species descend into the community as the tide falls and retreat as the tide rises. The most common truly 'marine' species is the small winkle Melarhaphe neritoides.

This description is partly based on a Thanet intertidal survey (Tittley & Spurrier 2001). More information is needed to identify the species composition and dominant species of this biotope.

During summer the gelatinous growth dries and often peels off. 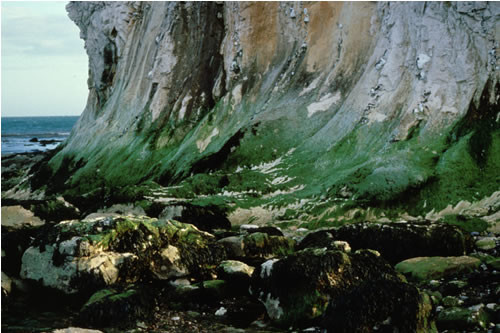 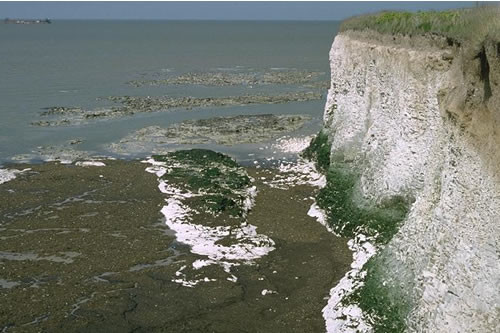 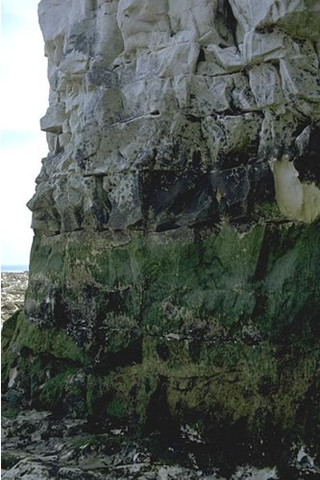