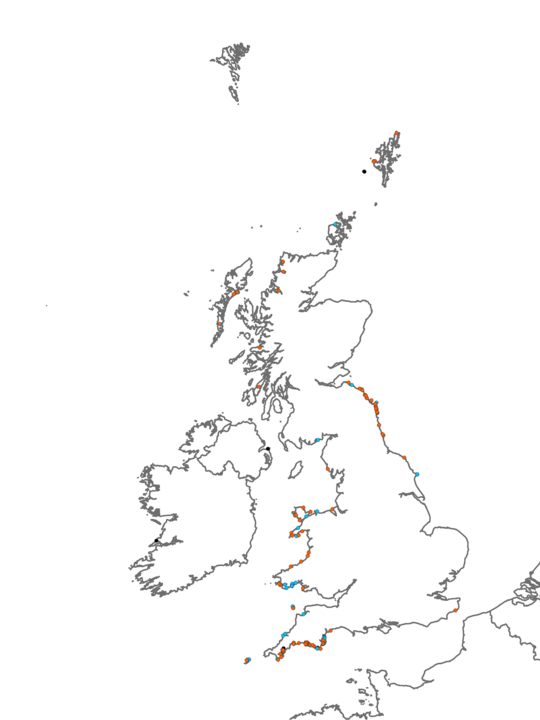 Overhanging shaded bedrock on the open lower shore and at the entrance to inner reaches of caves (where light availability permits), which is not subject to appreciable wave-surge, characterised by a shade-tolerant red seaweed community. It includes foliose species such as Plumaria plumosa, Palmaria palmata, Mastocarpus stellatus, Membranoptera alata and Osmundea pinnatifida, but Lomentaria articulata and coralline crusts are usually present as well. The foliose green seaweed Ulva lactuca can be present. The rock surface often supports dense populations of calcareous tube-forming polychaetes Spirorbis spp. and Pomatoceros spp., while sponges such as Grantia compressa, Halichondria panicea and Hymeniacidon perleve can be common. The hydroid Dynamena pumila (normally found on fucoids) hangs in distinct form from overhanging rock. Colonies of the ascidian Botryllus schlosseri can be found on the rock, along with the mussel Mytilus edulis and the barnacles Semibalanus balanoides and Balanus perforatus (the latter may occur at high densities in the south and west), while the anemone Actinia equina thrives in the permanently damp pits and crevices. The whelk Nucella lapillus can be found among the barnacles and mussels, preying on them. The long list of characterising species is partly due to the difference in the species composition and does not solely reflect a high species richness.

On overhangs, this biotope is generally found above the SByAs biotope, where there is more light available. In cave environments, SR may be found at the entrance to and inner reaches of the cave, extending from the lower walls (above the SByAs biotope) to the upper walls (depending on the height of the cave). Further into the cave where less light is available the ascidian Dendrodoa grossularia can be abundant (SR.Den).

SR is distinguished from SByAs by its abundance of red algae; SByAs lacks the red algae, except for perhaps a few on the edge of the overhang. 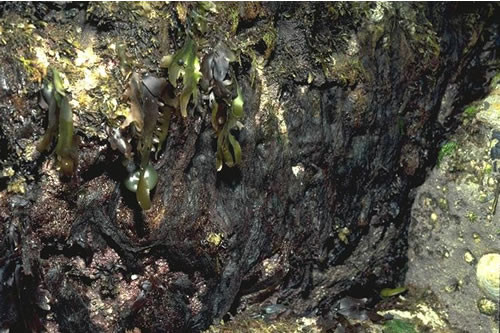 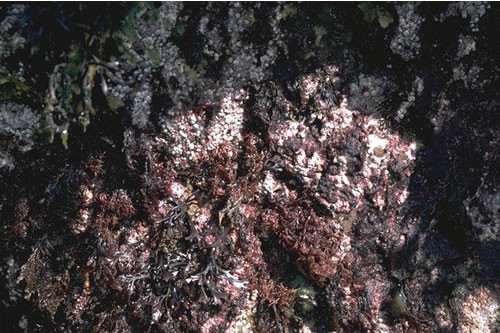