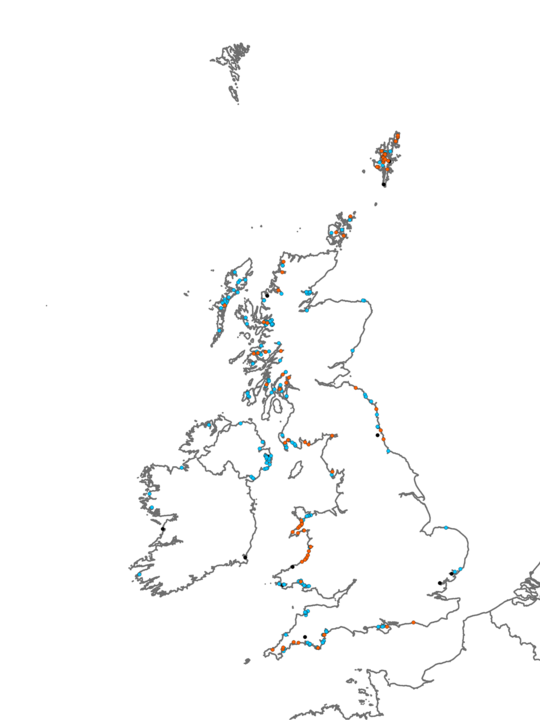 Sheltered and very sheltered mid eulittoral pebbles and cobbles lying on sediment in fully marine conditions typically characterised by the wrack Fucus vesiculosus. The wrack Ascophyllum nodosum can occasionally be found on larger boulders while the barnacle Semibalanus balanoides and the limpet Patella vulgata also can be present on the cobbles with the whelk Nucella lapillus preying on the barnacles and on the mussel Mytilus edulis. Winkles, particularly Littorina littorea and Littorina obtusata, commonly graze the biofilm on the seaweeds, while Littorina saxatilis can be found in crevices. Ephemeral seaweeds such as Enteromorpha intestinalis may be present in this biotope. The sediment between patches of hard substrata often contains the polychaete Arenicola marina or the polychaete Lanice conchilega, while a variety of gastropods and the crab Carcinus maenas occur on and under cobbles.

Some variation in the ephemeral seaweeds and their abundance depending on season is likely. 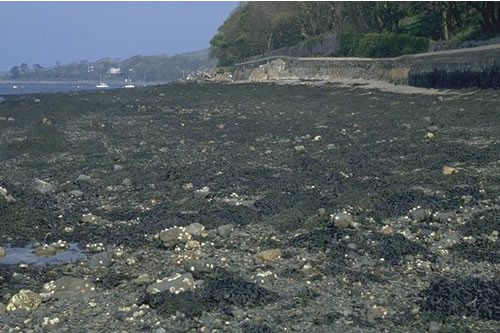 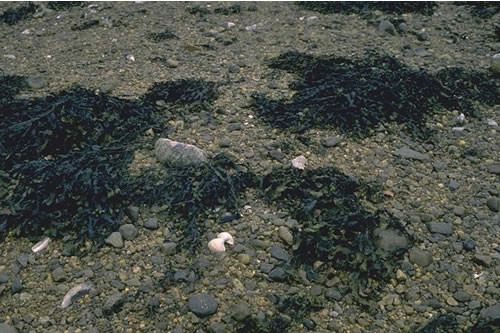 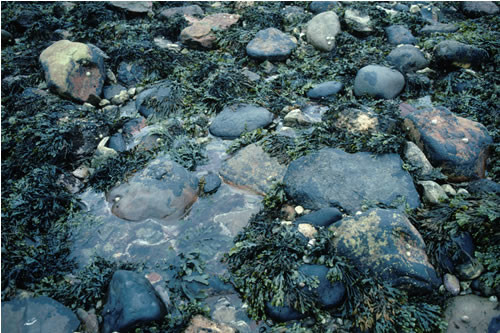