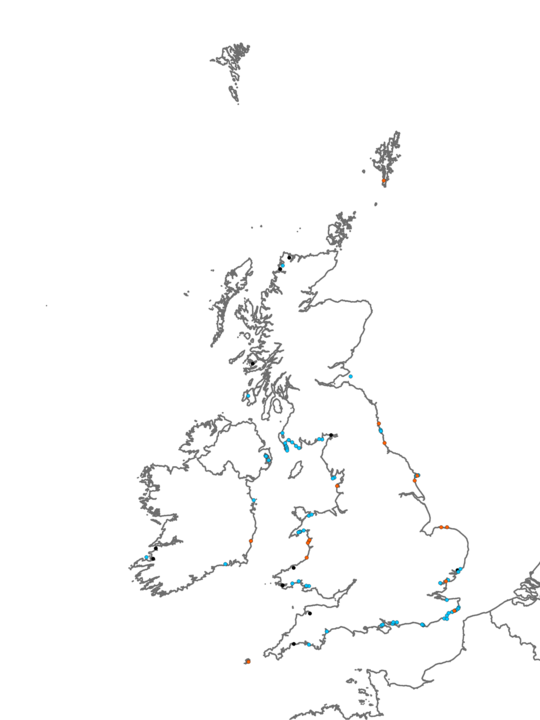 Shingle or gravel shores, typically with sediment particle size ranging from 4 - 256 mm, sometimes with some coarse sand mixed in. This biotope is normally only found on exposed open coasts in fully marine conditions. Such shores tend to support virtually no macrofauna in their very mobile and freely draining substratum. The few individuals that may be found are those washed into the habitat by the ebbing tide, including the occasional amphipod or small polychaete.

There may be a temporary cover of the green seaweeds Enteromorpha spp. or Ulva spp. during periods of stability in the summer.

A similarly barren sediment habitat, but where the sediment is predominantly sand. 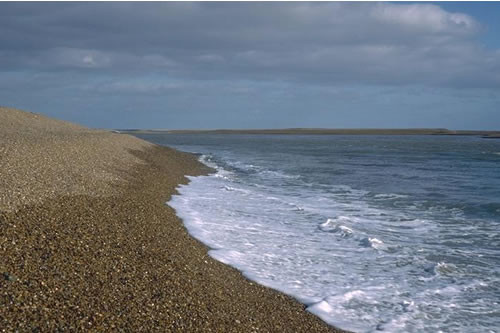 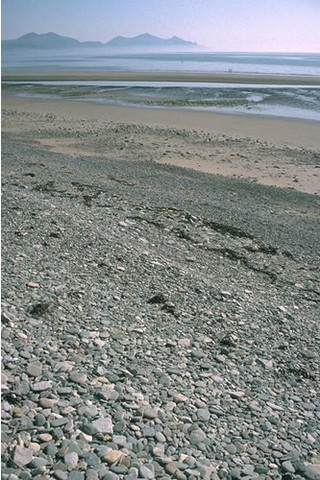 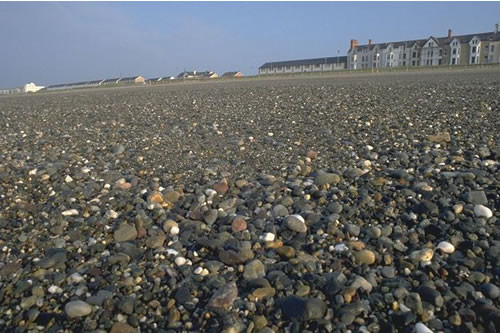