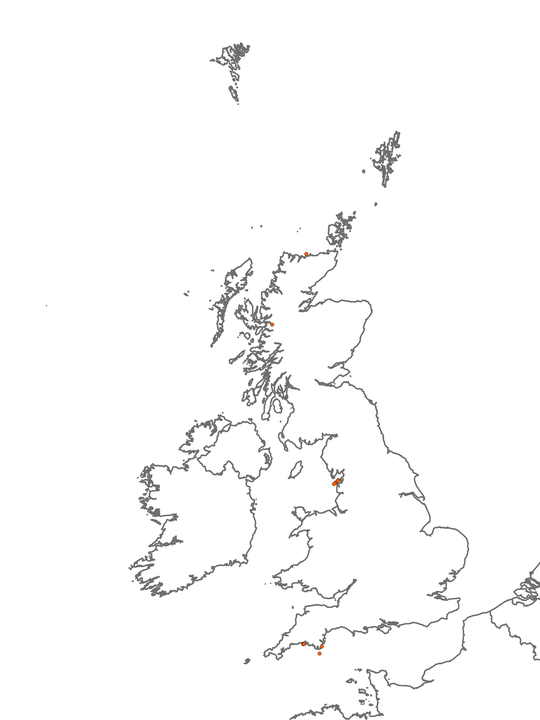 Circalittoral sandy mud and muddy sand characterised predominantly by epifauna Ophiura ophiura. The description of this biotope is based on epifauna recorded from the Western Channel and Celtic sea, Irish Sea, northern North Sea, southern North Sea, the Minches and western Scotland and the Scottish continental shelf but could be found in other areas with similar environmental conditions. The epifauna is less diverse and comprised of Paguridae, Hydrozoa, Astrapecten irregularis, Caridea, and Pagurus bernhardus. The burrowing forms are absent owing to the sandier nature of the substratum. The description of this biotope is based on video data so the characterising fauna include only those species with an epifaunal expression. This epifaunal biotope may be associated with infaunal biotopes described for similar environmental conditions.

Due to the mobile nature of the characterising species, this biotope may not always be observed at the locations used to define this biotope and can be found in other areas with similar environmental conditions where it hasn’t been observed previously.