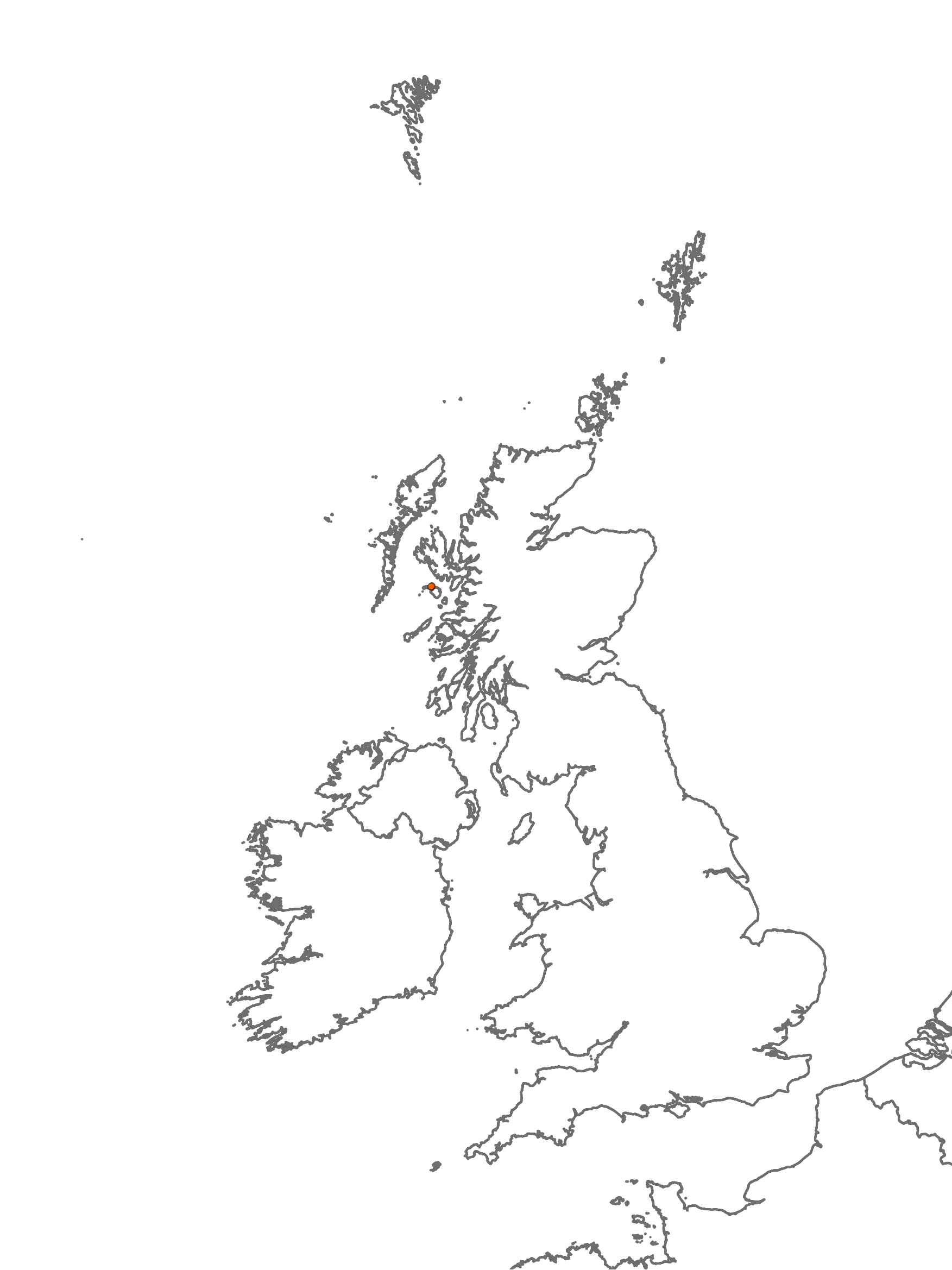 Circalittoral mud and mixed sediments characterised by the epifaunal assemblage of fan mussel Atrina fragilis and brittle star Amphiura. The description of this biotope is based on epifauna recorded from Small Isles (northwest Scotland) but could be found in other areas with similar environmental conditions. The fauna was diverse with burrowing crustaceans, echinoderms, sea anemones, ascidians and bryozoans. The characteristic fauna includes anemone Sagaritogeton lacerates, Alcyonidium digitatum, Hydrozoa, serpulid worm Salmacina dysteri and Munida rugosa. The description of this biotope is based on video data so the characterising fauna include only those species with an epifaunal expression. This epifaunal biotope may be associated with infaunal biotopes described for similar environmental conditions.