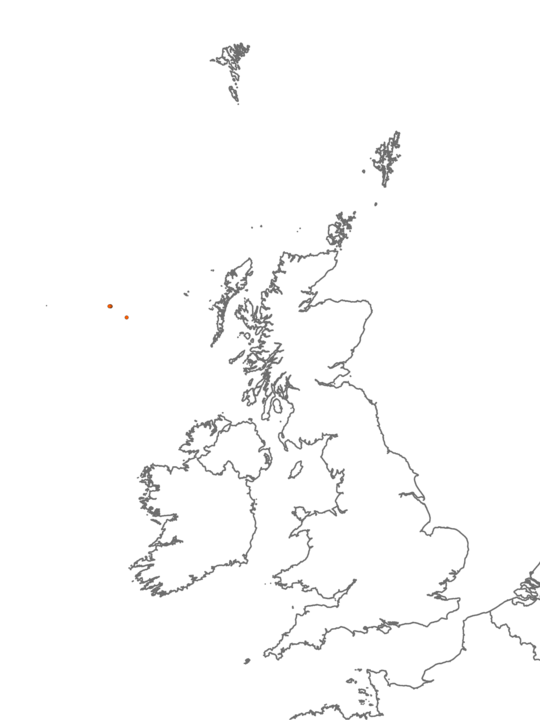 Reefs formed by Scleractinian corals. In the Atlantic lower bathyal, the reef forming species is Solenosmilia variabilis. Cold water coral reefs are associated with a variety of other coral species, sponges, and a high diversity of other fauna. Coral reef attaches to hard substrate, but can be found on sediments where corals initially attach to pebbles and cobbles on the sediment and then the reef grows outwards.