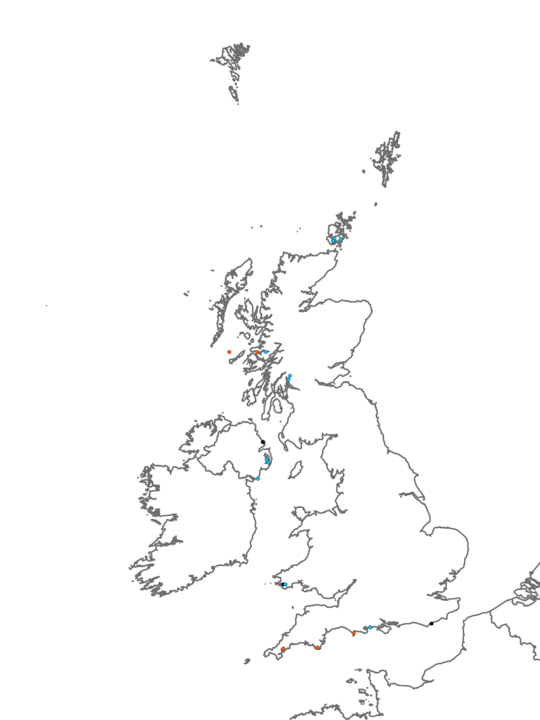 Sheltered artificial substrata (such as discarded fishing nets or scrap metal on muddy sediment plains), sometimes subject to variable salinity, with high numbers of the ascidian Ascidiella aspersa which is capable of rapidly colonising hard substrata. Other species that are quickly able to take advantage of such substrata include the dahlia anemone Urticina felina and the plumose anemone Metridium senile. The edible crab Cancer pagurus, the velvet swimming crab Necora puber and the shore crab Carcinus maenas may occasionally be found hiding under the discarded nets, lobster pots or anchor chains.

As a fouling community, this biotope may be found throughout the circalittoral zone in coastal waters. It may be more prevalent around harbours, moorings, and fishing grounds where suitable substratum is available. In situations where wave exposure or tidal stream increase, biotopes dominated by bryozoans and/or robust hydroids (EcCr) may arise.

A gradual development of more long-lived species is expected, where the artificial substrata are of a more permanent nature (e.g. wooden or concrete pier pilings).

Can have similar epifaunal communities.

Can have similar epifaunal communities.