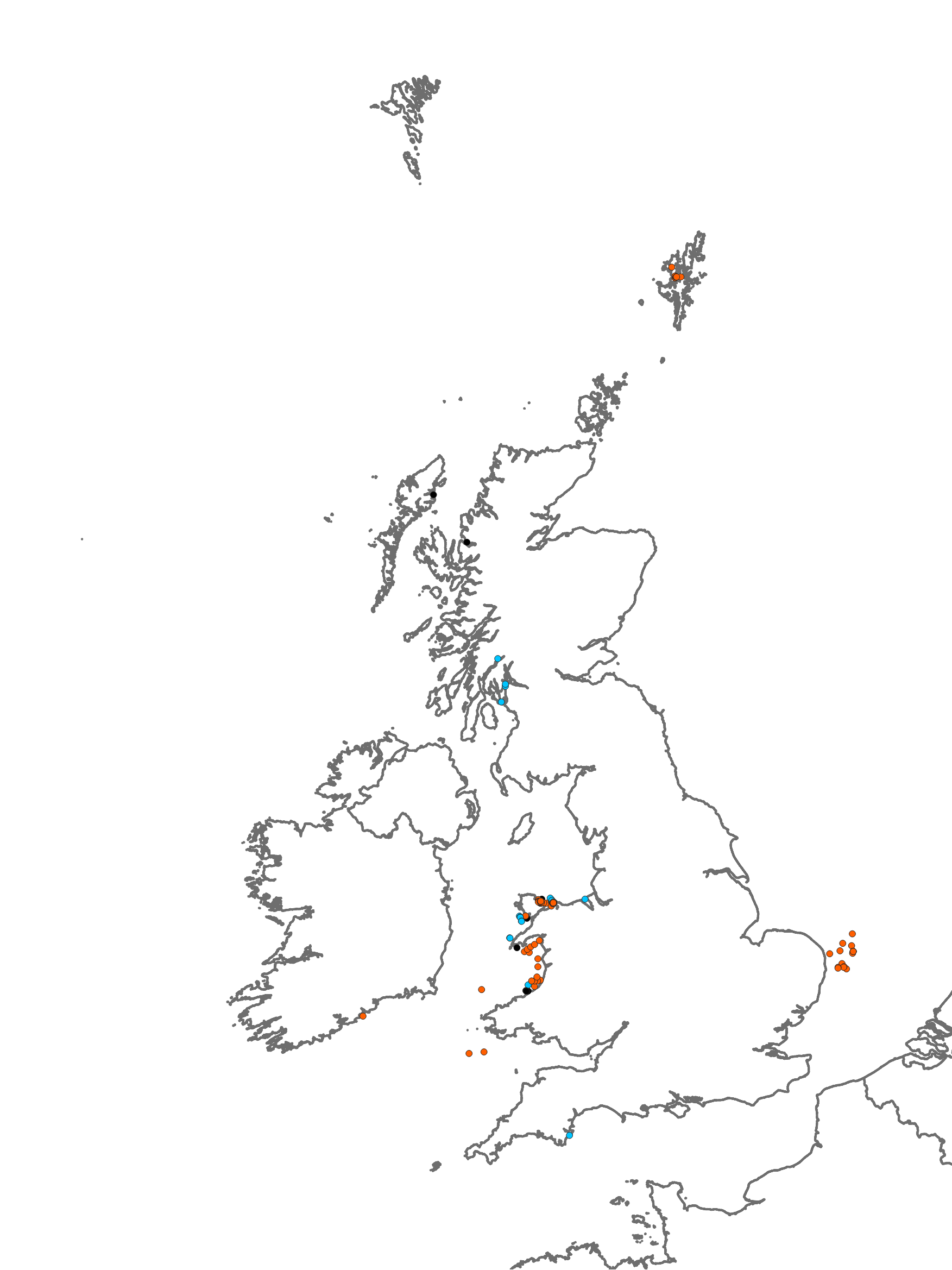 In some areas e.g. Liverpool Bay, AalbNuc and LkorPpel have exhibited cyclical behaviour with the community periodically switching from one biotope to another - possibly in relation to dredge spoil disposal (Rees et al. 1992) along with other environmental and biological factors. Both Lagis koreni and Phaxas pellucidus, are capable of tolerating sudden increases in the deposition of sediment and often dominate such areas following such an event. Indeed it is likely that the two biotopes are merely different aspects of the same community as Lagis koreni is often recorded with high densities of Abra alba (Eagle 1975; Rees and Walker 1983). Densities of mature populations of L. koreni may exceed 1000m-2