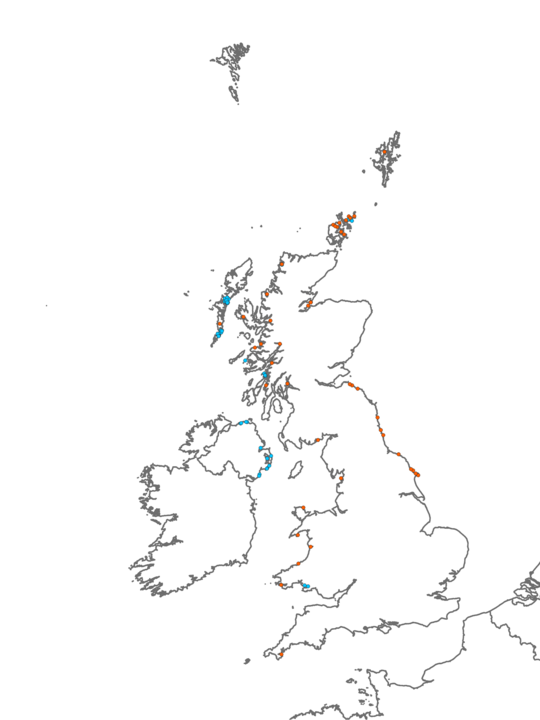 Sheltered upper eulittoral bedrock characterised by a band of the spiral wrack Fucus spiralis overlying the black lichen Verrucaria maura and the olive green lichen Verrucaria mucosa. Underneath the fronds of F. spiralis is a community consisting of the limpet Patella vulgata, the winkles Littorina saxatilis and Littorina littorea and sparse individuals of the barnacle Semibalanus balanoides while the mussel Mytilus edulis can be found attached in cracks and crevices. A variety of red algae including Hildenbrandia rubra may be present underneath the fronds. During the summer months ephemeral green seaweeds such as Enteromorpha intestinalis can be common.

This zone usually lies below a zone dominated by the wrack Pelvetia canaliculata (PelB; Pel), but occasional clumps of P. canaliculata may be present (usually less than common) amongst the F. spiralis. In areas of extreme shelter, such as in Scottish sea lochs, the P. canaliculata and F. spiralis zones often merge together forming a very narrow band. Fspi occurs above the wracks Ascophyllum nodosum (Asc) and/or Fucus vesiculosus (Fves) zones and these two fucoids may also occur, although F. spiralis always dominates. Vertical surfaces in this zone, especially on moderately exposed shores, often lack the fucoids and are characterised by a barnacle-limpet dominated community (Sem).

Occurs in fully marine conditions, but on mixed substrata. It has a similar species composition, although amphipods, the crab Carcinus maenas and the whelk Nucella lapillus may occur underneath and/or among the boulders and cobbles. In sheltered areas (behind boulders) A. nodosum can be found.

Occurs in sheltered areas with variable salinity. The species diversity is lower and species such as P. vulgata and M. edulis usually absent as well as the lichen Verrucaria maura. The barnacle Elminius modestus can be present. 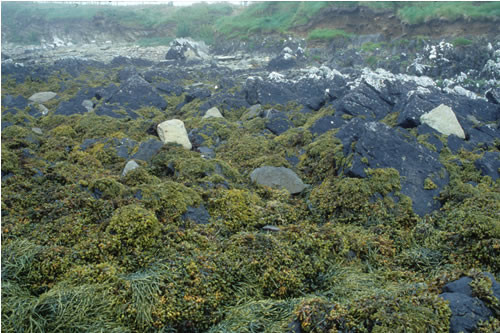 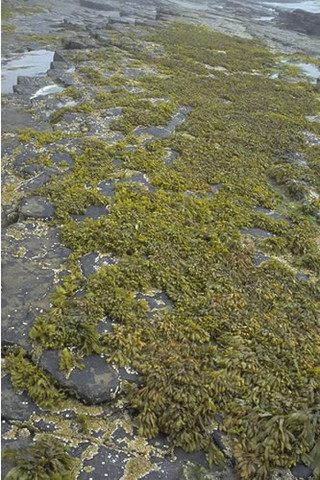 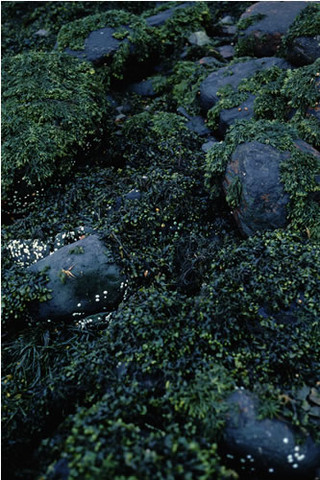