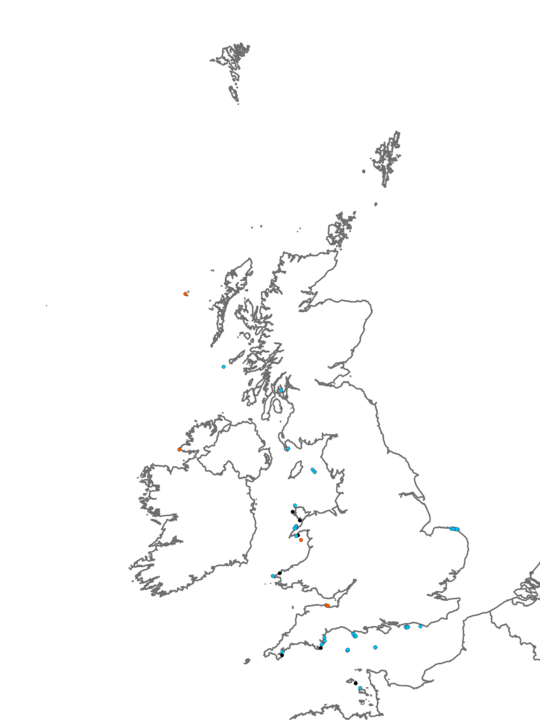 Sublittoral clean shingle and pebble habitats with a lack of conspicuous fauna. Unstable, rounded pebbles and stones (as opposed to sub-angular cobbles, which are often found lying on or embedded in other sediment) that are strongly affected by tidal steams and/or wave action can support few animals and are consequently faunally impoverished. The species composition of this biotope may be highly variable seasonally and is likely to comprise of low numbers of robust polychaetes or bivalves with occasional epibiota including echinoderms and crustacea such as Liocarcinus spp. and Pagurus spp. In more settled periods there may be colonisation by anemones such as Urticina felina and small populations of hydroids and Bryozoa.

This biotope is found in marine inlets with very strong tidal currents as well as in very wave exposed open coast environments.

The faunal composition of this biotope is likely to be highly variable as a result of seasonal changes in wave and tidal energy.