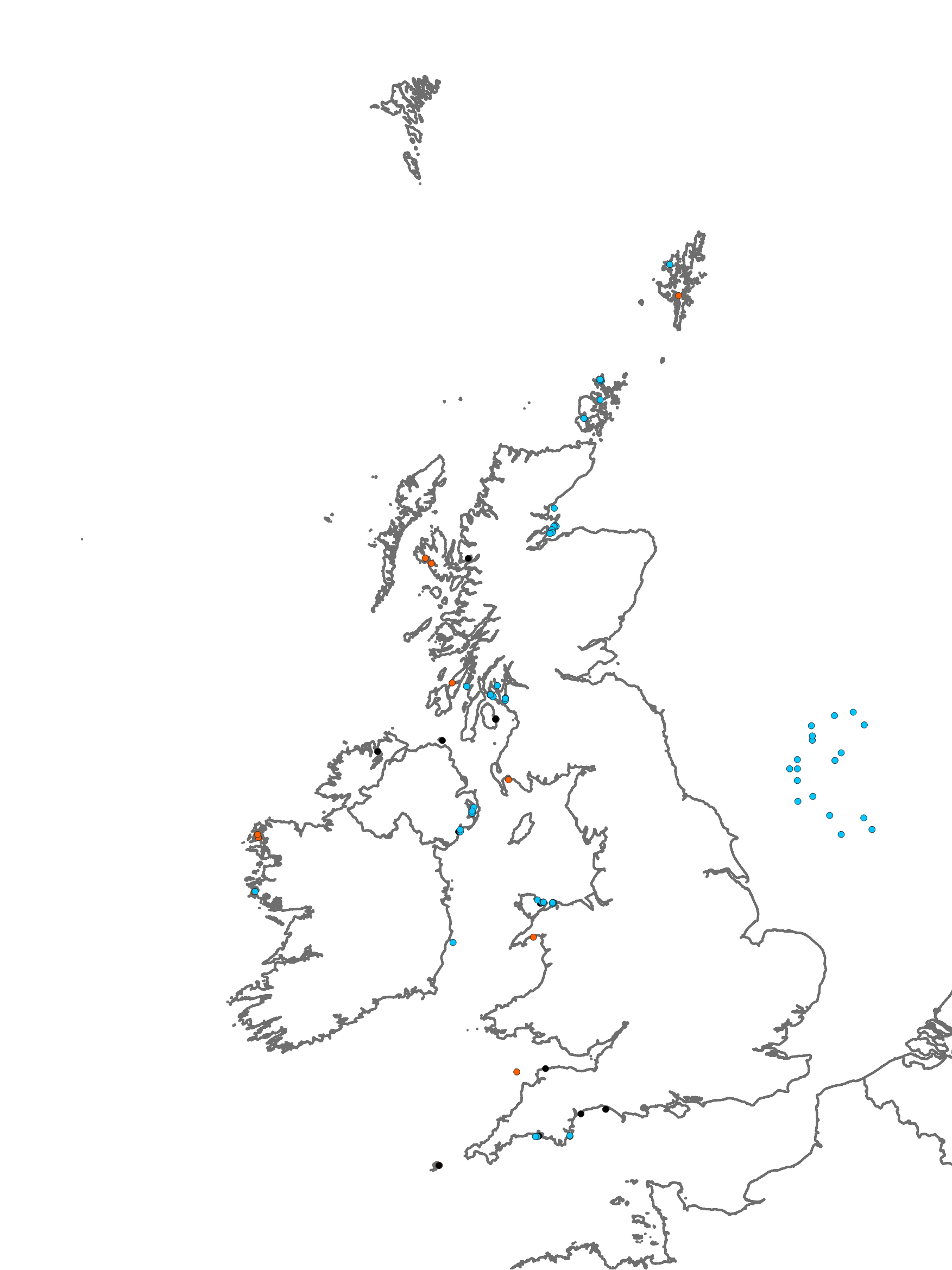 In shallow, circalittoral non-cohesive muddy sand (typically less than 20% silt/clay) abundant populations of the brittlestar Amphiura brachiata may occur with other echinoderms such as Astropecten irregularis, Asterias rubens, Ophiura ophiura and Echinocardium cordatum. Other infaunal species typically include Mysella bidentata, Lanice conchilega and Magelona filiformis. This biotope is likely to form part of the non-cohesive/cohesive muddy sand communities, which make up the 'off-shore muddy sand association' described by other workers (Jones 1951; Mackie 1990). It is possible that in some areas this biotope forms an epifaunal overlay which may cover a range of biotopes in years of good recruitment but does not develop into a settled or established community.