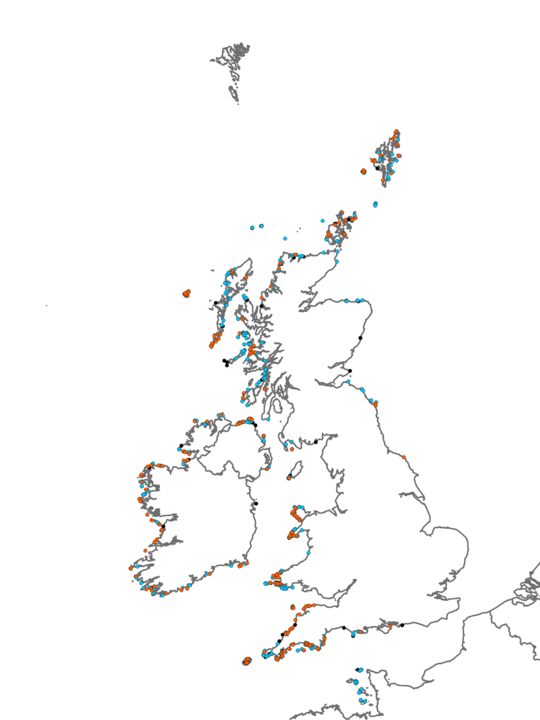 Very exposed to exposed infralittoral bedrock or large boulders characterised by the kelp Laminaria hyperborea, beneath which is a dense turf of foliose red seaweeds. Three variations of this biotope are described: the upper infralittoral kelp forest (LhypR.Ft), the kelp park below (LhypR.Pk) and a third type of kelp forest, confined to southern England, that is characterised by a mixture of L. hyperborea and Laminaria ochroleuca (LhypR.Loch). The fauna of these biotopes is markedly less abundant than kelp forests in areas of greater wave surge (LhypFa); sponges, anthozoans and polyclinid ascidians may be present, though never at high abundance. Beneath the under-storey of red seaweeds, the rock surface is generally covered with encrusting coralline algae. 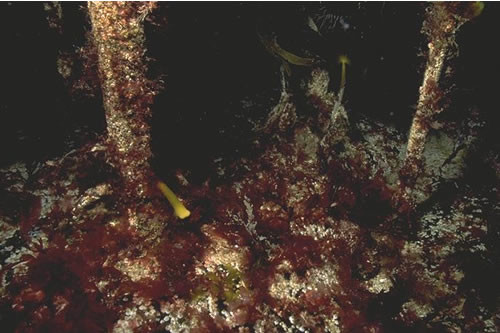 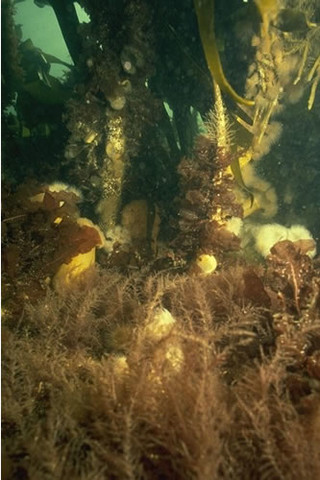