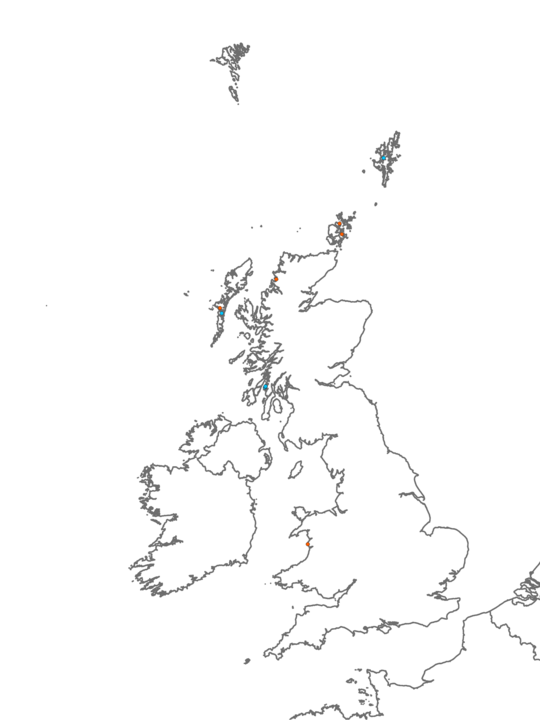 Shallow sand and muddy sand in areas of low or reduced, although relatively stable salinity (may vary annually), with largely ephemeral faunal communities. The species are often similar to that found in SMuLS and are characterised by Arenicola marina with other species, including mysids, tubificoid and enchytraeid oligochaetes, Corophium volutator, Hediste diversicolor, Pygospio elegans, Hydrobia ulvae and Cerastoderma glaucum, which commonly occur in lagoons. Filamentous green algae such as Chaetomorpha linum may also be present. In some examples of this biotope the polychaete Fabricia sabella may be super-abundant and the isopod Sphaeroma hookeri common.