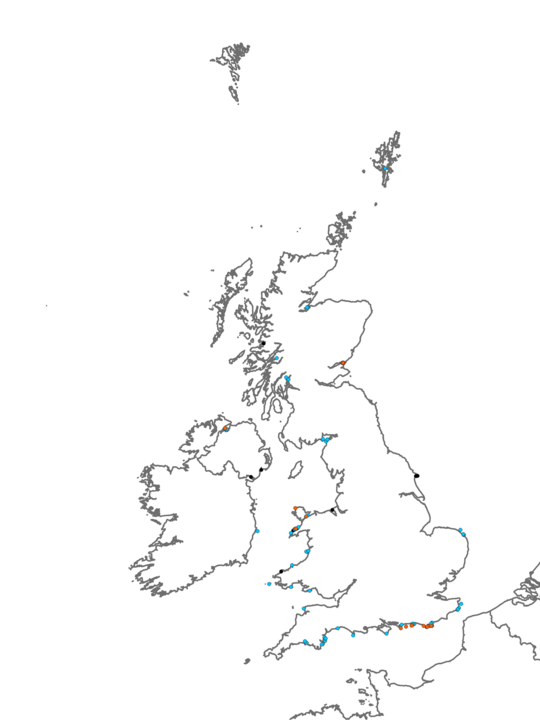 Shallow sublittoral mixed sediment, in fully marine coastal habitats or sometimes in variable salinity conditions in the outer regions of estuaries, are characterised by beds of the common mussel Mytilus edulis. Other characterising infaunal species may include the amphipod Gammarus salinus and oligochaetes of the genus Tubificoides. The polychaetes Harmothoe spp., Kefersteinia cirrata and Heteromastus filiformis are also important. Epifaunal species in addition to the M. edulis include the whelks Nucella lapillus and Buccinum undatum, the common starfish Asterias rubens the spider crab Maja squinado and the anemone Urticina felina. Relatively few records are available for this biotope and it is possible that as more data is accumulated separate estuarine and fully marine sub-biotopes may be described. Further clarification may also be required with regard to the overlap between littoral and sublittoral mussel beds and with regard to mussel beds biotopes on hard substratum.

MytSS may be an extension of the littoral biotope Myt

AphPol may be separated from MytSS by the dominance of M. edulis in 'beds' rather than scattered individuals. Care must be taken with data to ensure juvenile spat recruitments are not classified as mussel beds.