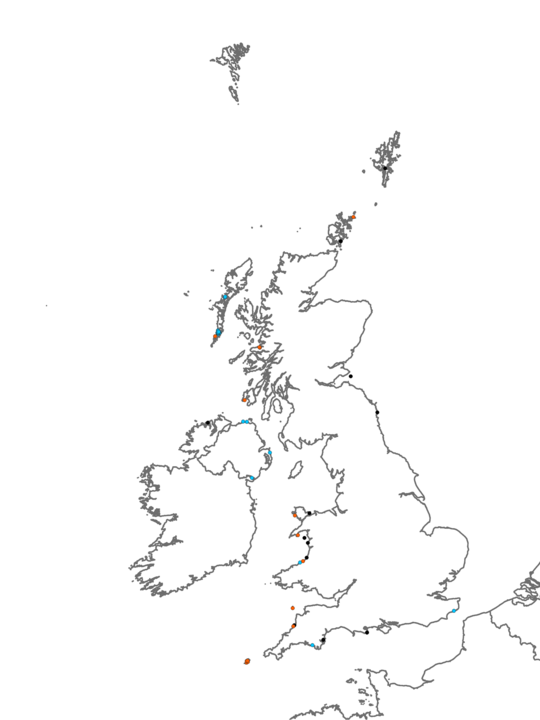 This biotope occurs on shallow sand-covered rock, often below bedrock and boulders supporting kelp forest, which is above the effect of, sand scour (Lhyp) or abutting sand-scoured kelp on bedrock (XKScrR). It may also be found adjacent to the shallow kelp and Chorda filum biotope (LsacChoR) and similarly can be surrounded by a variety of sediment biotopes.

Lack of large boulders or prominent bedrock in ProtAhn prevents dominance by H. siliquosa or kelps.