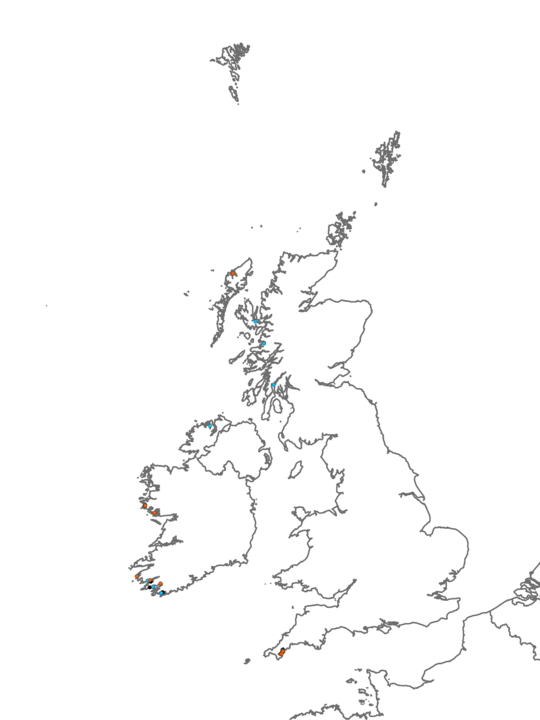 Live maerl beds in sheltered, silty conditions which are dominated by Lithothamnion corallioides with a variety of foliose and filamentous seaweeds. Live maerl is at least common but there may be noticeable amounts of dead maerl gravel and pebbles. Other species of maerl, such as Phymatolithon calcareum and Phymatolithon purpureum, may also occur as a less abundant component. Species of seaweed such as Dictyota dichotoma, Halarachnion ligulatum. and Ulva spp. are often present, although are not restricted to this biotope, whereas Dudresnaya verticillata tends not to occur on other types of maerl beds. The anemones Anemonia viridis and Cerianthus lloydii, the polychaetes Notomastus latericeus and Caulleriella alata, the isopod Janira maculosa and the bivalve Hiatella arctica are typically found in SMP.Lcor where as Echinus esculentus tends to occur more in other types of maerl. The seaweeds Laminaria saccharina and Chorda filum may also be present in some habitats. Lcor has a south-western distribution in Britain and Ireland. Sheltered, stable, fully saline maerl beds in the north of Great Britain (where L. corallioides has not been confirmed to occur) may need to be described as an analogous biotope to Lcor (see Pcal).