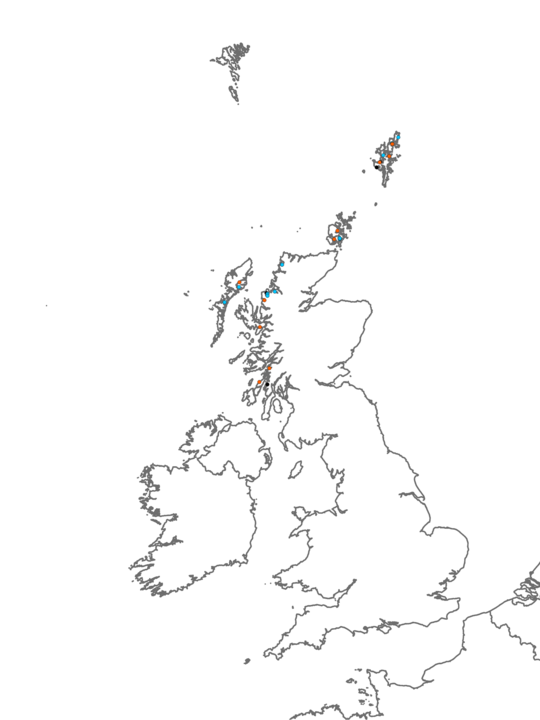 Infralittoral muddy sand and sandy mud, sometimes with some shells or pebbles, and a dense, loose-lying cover of Phyllophora crispa. This biotope occurs in very sheltered conditions such as those found in sealochs and voes. SMP.Pcri is similar to other biotopes described with dense, loose-lying algae but has been less frequently recorded, and from the few records available, appears to occur in slightly deeper infralittoral waters primarily between 10m to 30m and typically in fully saline waters. The seaweeds in this biotope may be epiphytised by ascidians such as Ascidiella aspera. Kelp such as Laminaria saccharina and red seaweeds including Plocamium cartilagineum may be present in some areas. The scallops Pecten maximus and Aequipecten opercularis may also be found occasionally in this biotope and Trailliella/Bonnemaisonia hamifera may also be present but not at the levels found in SMP.Tra.

Similar to Pcri however, Trailliea, if present in Pcri, does not form distinct mats as in Tra.