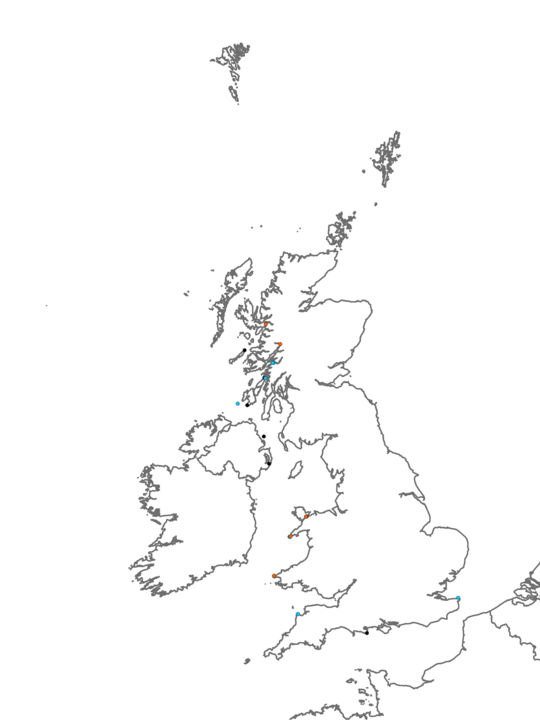 This biotope typically occurs on upward-facing, extremely tide-swept, circalittoral bedrock, boulders and cobbles found in a broad spectrum of wave-exposures. It is characterised by a few species that are capable of maintaining a foothold in strong tides. These species either form a flat, adherent crust in the case of the barnacle Balanus crenatus, or have strong attachment points and are flexible, bending with the tide, such as the turf of the hydroid Tubularia indivisa. Other species able to tolerate these very strong tides, or just situated slightly out of the main force of the current, include the sponge Halichondria panicea, the robust hydroid Sertularia argentea and current-tolerant anemones such as Sagartia elegans, Urticina felina and Metridium senile. Mobile species such as the starfish Asterias rubens, the crab Cancer pagurus and the whelk Nucella lapillus may also be present.

This biotope occurs under similar conditions to BalTub although it tends to be found more on steep and vertical faces. CTub.CuSp contains a more diverse range of sponges, bryozoans and ascidians than BalTub. They both contain dense carpets of the robust hydroid T. indivisa.

This biotope occurs under similar wave-exposed conditions to BalTub, but is subject to slightly weaker tides, which is perhaps reflected in the greater abundance of Alcyonium digitatum. Both sub-biotopes have a similarly impoverished epifauna, although CTub.Adig has a slightly more diverse range of sponges. 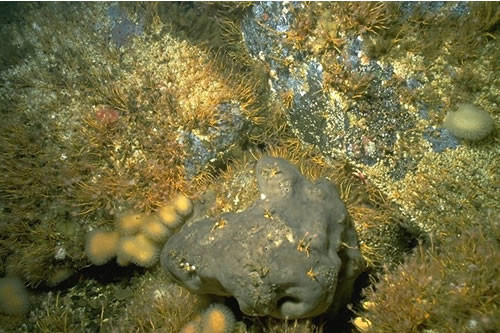