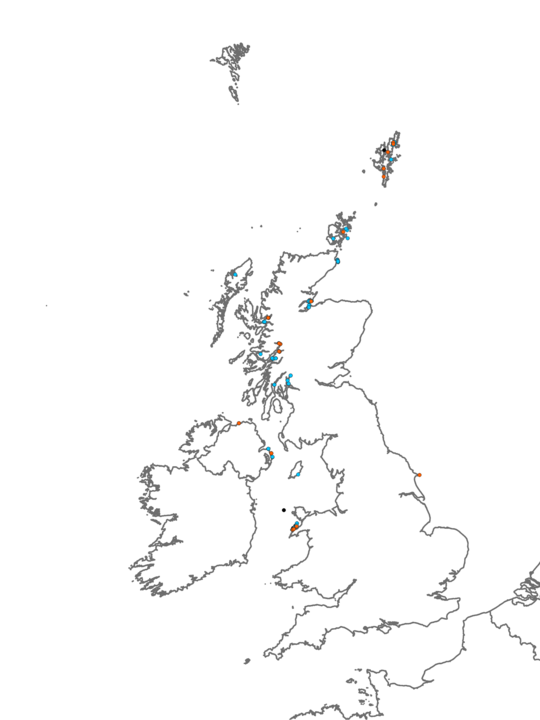 Modiolus beds on mixed substrata (cobbles, pebbles and coarse muddy sediments) in moderately strong currents or wave exposed areas, typically on the open coast but also in tide-swept channels of marine inlets. Ophiothrix fragilis are often common in this biotope along with the calcareous tubes of Pomatoceros triqueter, anemones such as Alcyonium digitatum and Urticina felina and hydroids such as Abietinaria abietina and Sertularia argentea. Buccinum undatum may also be important and in some areas the clam Chlamys varia may be frequent but not in the same abundances as in ModCvar. Little information on the infaunal component is given here although it is likely that it is very rich and may highlight more subtle differences in the Modiolus biotopes. This biotope is typified by examples off the north-west Lleyn Peninsula in N Wales and off Co. Down, Northern Ireland.

Tends to occur in deeper water than ModT and has a more divesre infauna as a result of the lower tidal current strength.