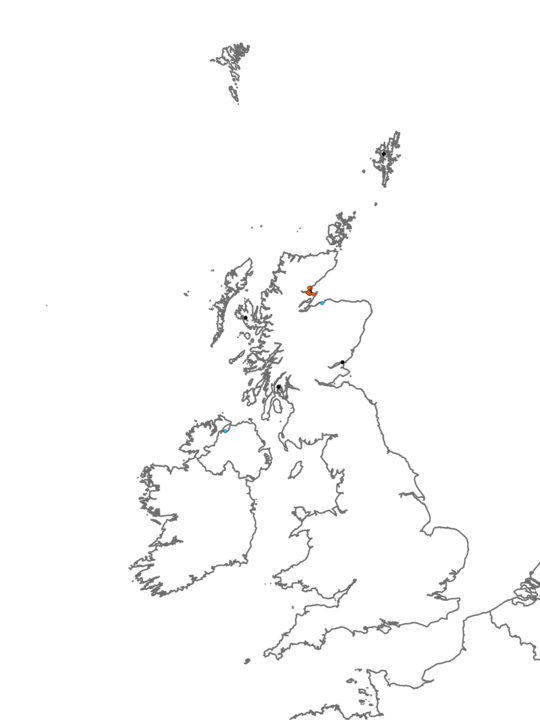 Pebbles, gravel, sand and shell debris with mud in sheltered Firths with a strandline of fucoid algae. The fauna is characterised by juvenile mussels Mytilus edulis, often in very high numbers. The nemertean worm Lineus spp. may be abundant and oligochaetes are common. Polychaetes such as Pygospio elegans, Scoloplos armiger and Fabricia sabella may be present in high densities. Fabricia sabella is typically found amongst algal holdfasts and between cobbles on rocky shores. The bivalves Macoma balthica and Cerastoderma edule, typical of muddy sediments, characterise the community. The validity of this biotope is uncertain, as the only available data, from the Dornoch Firth and the Moray Firth, are poor. Its position within the classification, as a strandline community, is also very uncertain, but there is not enough information available for a better description or classification at this stage.

Occurs on sheltered shores of the Dornoch Firth and Moray Firth.

Occurs on mixed substrates, often under variable salinity, lower on the shore. Adult M. edulis form beds on the surface of the sediment. Few polychaetes are recorded for Myt, though that may result from a lack of infaunal sampling. A range of rocky shore species occur attached to scattered cobbles and boulders, including Semibalanus balanoides, Elminius modestus, Littorina spp., and Fucus vesiculosus.