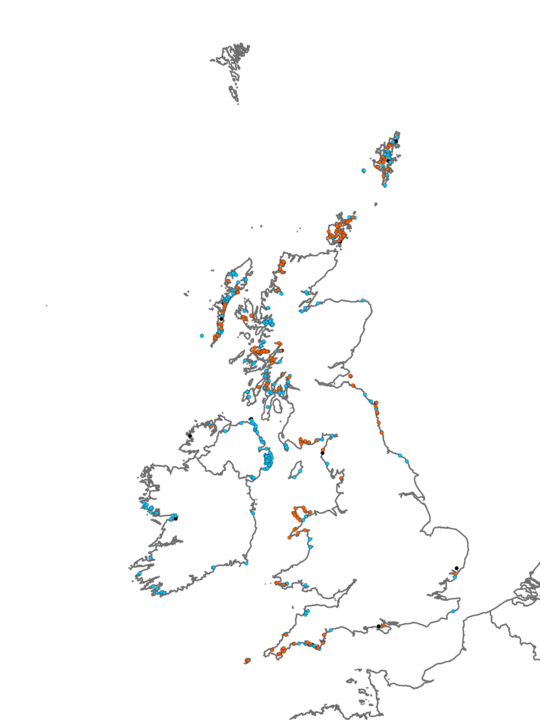 Sheltered to extremely sheltered mid eulittoral rock with the wrack Ascophyllum nodosum. The red seaweed Polysiphonia lanosa is often found growing as an epiphyte on the A. nodosum fronds while disturbed areas among the A. nodosum is colonised by the wrack Fucus vesiculosus and the green seaweed Enteromorpha intestinalis.e barnacle Semibalanus balanoides, the limpet Patella vulgata and Littorina littorea can all be found on the bedrock underneath the A. nodosum canopy along with coralline crusts. The whelk Nucella lapillus can be found preying on the barnacles and limpets. Three variants of this biotope are described. These are: full salinity (Asc.FS), mixed substrata (Asc.X) and the loose lying growth form A. nodosum ecad mackaii found on very sheltered shores (Asc.mac). To other biotopes has been identified as well tide-swept (AscT) and variabel salinity (AscVS).

This biotope is usually found between the wrack Fucus spiralis (Fspi) and F. serratus dominated biotopes (Fserr), although on some shores a narrow zone of F. vesiculosus (Fves) may occur immediately above the A. nodosum. With increasing wave exposure the A. nodosum canopy is replaced by F. vesiculosus (FvesB; Fves). Asc can occur on more exposed shores, where there is localised shelter.

A. nodosum communities are generally very stable communities with individual plants reaching ages of more than 25 years on shores with little wave-action. 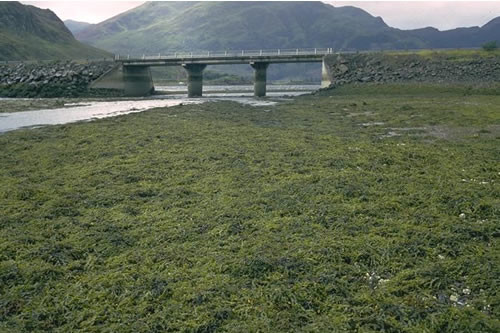 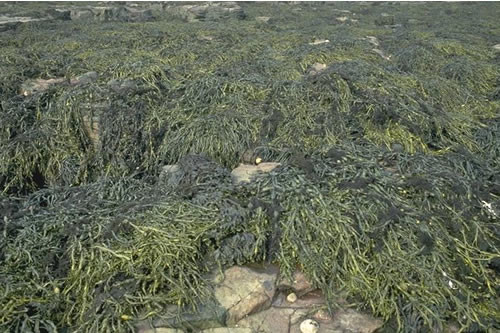