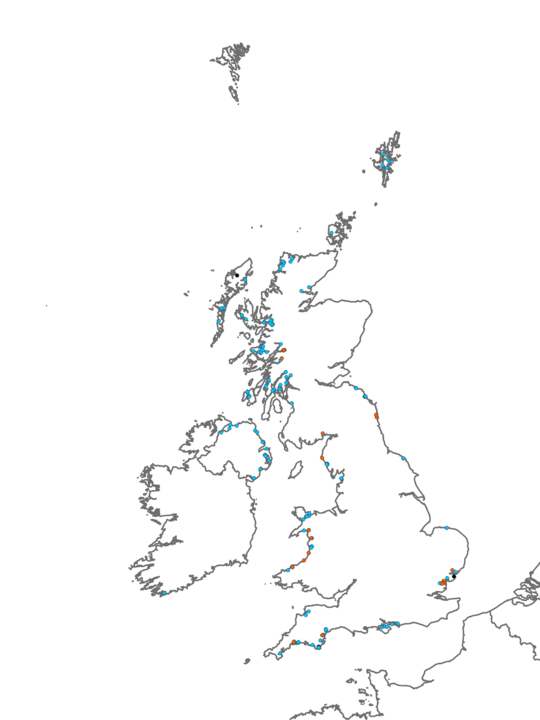 Very sheltered to extremely sheltered bedrock and stable boulders in the eulittoral zone that are subject to reduced salinity and characterised by the wrack Fucus ceranoides. Species richness is typically low in this biotope. The green seaweeds Enteromorpha intestinalis and Ulva lactuca may be present together with the crab Carcinus maenas and the occasional barnacle Elminius modestus and Semibalanus balanoides.

As F. ceranoides is more tolerant of reduced salinity than the other fucoids, F. ceranoides tends to replace the wracks Fucus spiralis, Fucus vesiculosus and Ascophyllum nodosum towards the upper reaches of estuaries and sea lochs or in areas with freshwater influence. This biotope may, however, still contain other fucoids, although F. ceranoides always dominates. This biotope is often found on artificial substrata such as sea defences or bridge supports. 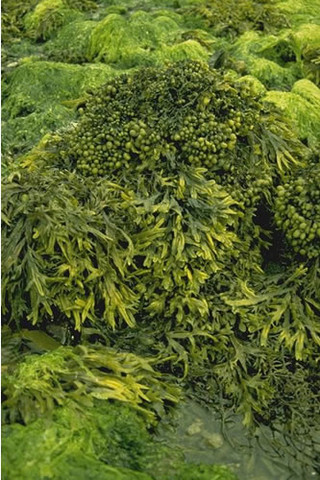 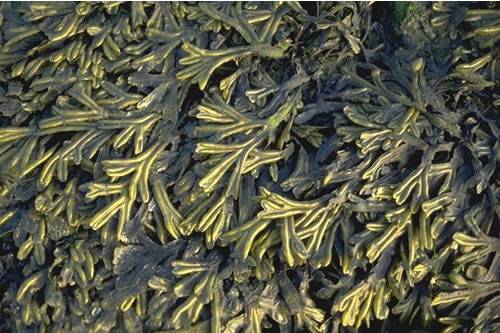 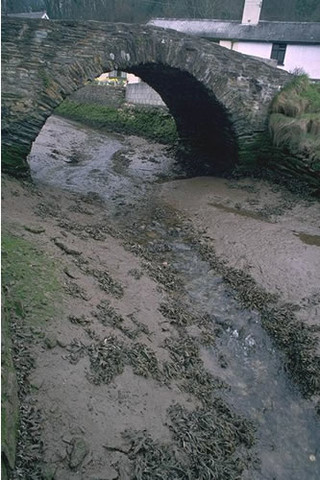