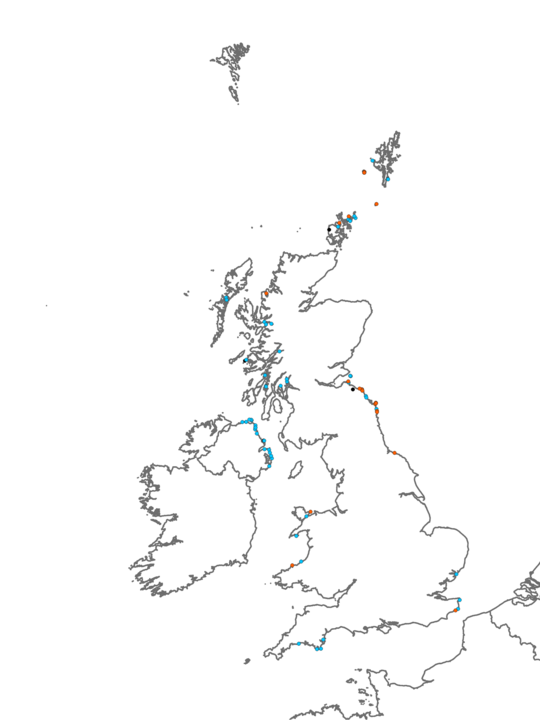 Exposed to moderately exposed bedrock and large boulders in the supralittoral and littoral fringe that receives nitrate enrichment from nearby roosting sea birds and is characterised by a band or patches of the ephemeral tufty green seaweed Prasiola stipitata or Prasiola spp. This typically grows over the black lichen Verrucaria maura in the littoral fringe or yellow and grey lichens in the supralittoral zone. In damp pits and crevices, species such as the winkle Littorina saxatilis, amphipods and halacarid mites are occasionally found. Pra often covers a smaller area than 5m x 5m and care should be taken to notice/record this biotope. The biotope can be associated with artificial substrata such as septic tanks, and in supralittoral areas influenced by sewage seeps or agricultural run-off.

This biotope is found at the top of rocky shores in the splash zone below colonies of nesting or roosting birds growing. Pra may also be found at the entrances to and on the ceilings of littoral caves or in patches on large boulders, where birds may be roosting. It can be found in the YG or Ver.Ver zones.

P. stipitata reaches its maximum abundance during the winter months. It generally dies out during the summer in southern Britain, when the biotope reverts to either YG or Ver.Ver. In the cooler northern areas it may be present all year round.

Occurs in similar physical conditions in the supralittoral zone, but is not subject to a nitrate enriched environment. Pra has a higher density of P. stipitata, which overgrows any yellow and grey lichens that may survive in the littoral fringe.

Occurs in similar physical conditions in the littoral fringe, but is not subject to a nitrate enriched environment. Pra has a higher density of P. stipitata, which overgrows V. maura. 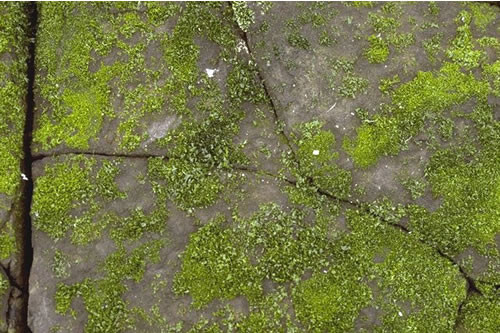 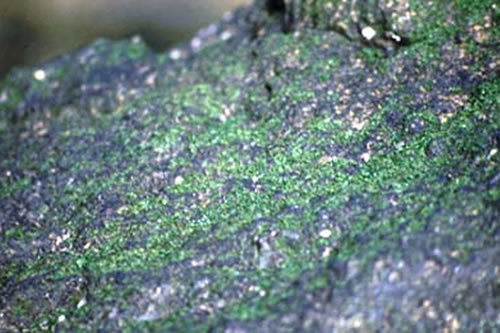