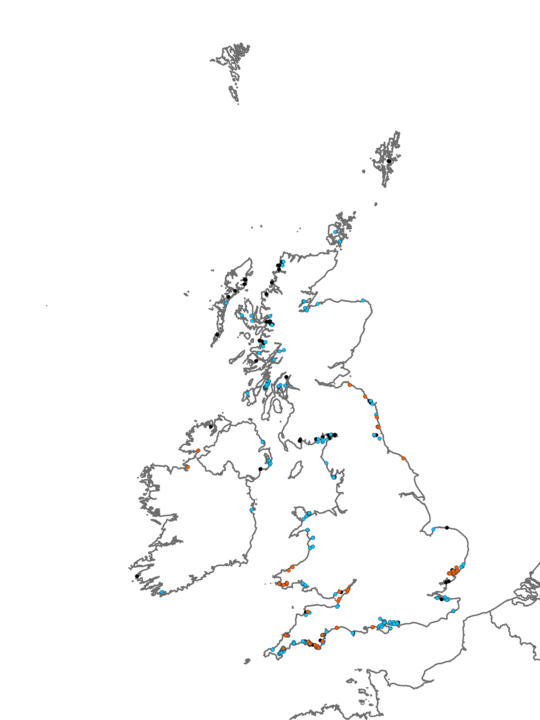 Shores of mixed sediments ranging from muds with gravel and sand components to mixed sediments with pebbles, gravels, sands and mud in more even proportions. By definition, mixed sediments are poorly sorted. Stable large cobbles or boulders may be present which support epibiota such as fucoids and green seaweeds more commonly found on rocky and boulder shores. Mixed sediments which are predominantly muddy tend to support infaunal communities which are similar to those of mud and sandy mud shores.

It is probable that there are broad transition areas between areas of mudflat or sandy mudflat, and mixed sediment biotopes where the sediment consists principally of mud but has significant proportions of gravel and sand mixed in. Gravelly mud may occur in patches on mudflats. Similarly, there is unlikely to be an easily defined boundary between areas of mixed sediment with stable cobbles and boulders, and boulder fields which fall into the rocky shore category.