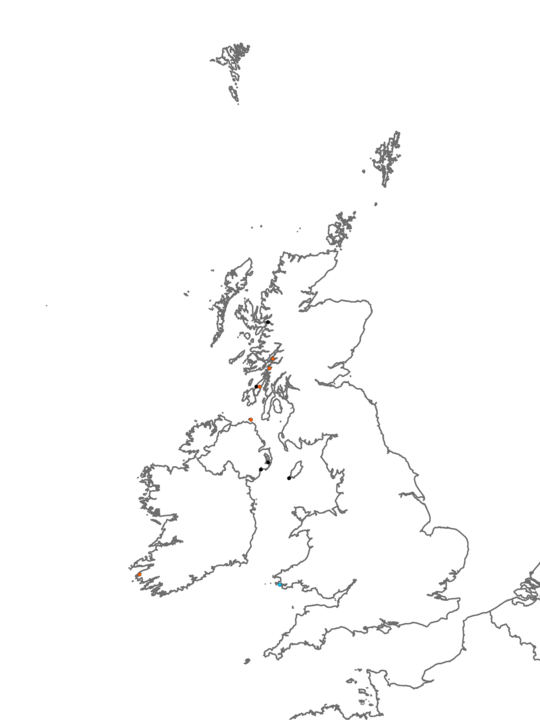 Periodically (seasonally?) disturbed sublittoral stone gravel with small pebbles characterised by the presence of the anemones Halcampa chrysanthellum and Edwardsia timida. Associated species are often typical of a hydroid/bryozoan turf with polychaetes such as Pomatoceros spp. encrusting larger pebbles and low numbers of syllid and phyllodocid polychaetes living interstitially. In some areas this biotope may also contain opportunistic red seaweeds and infauna such as Sabella pavonina. It should be noted that this habitat may show considerable variation in community composition and it is possible that it is a sub-biotope of other gravel biotopes.

This biotope tends to occur at the entrance to marine inlets where tidal currents are moderately strong.

The faunal composition and species richness of this biotope may vary seasonally as a result of disturbance from increased wave or tidal action.