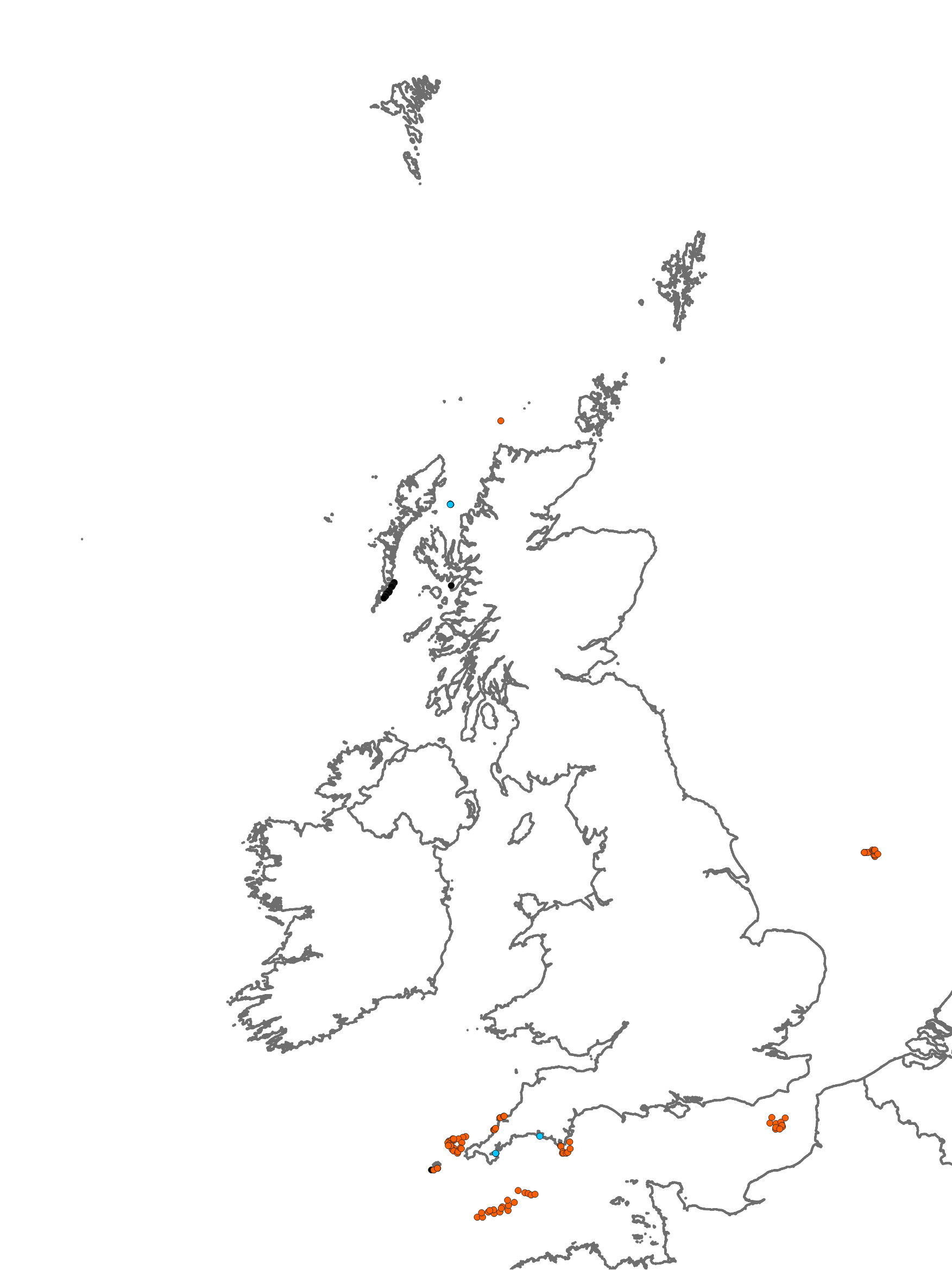 Gravel and coarse sand with shell gravel often contains communities of robust venerid bivalves (SS.SCS.CCS.MedLumVen). Shallower examples, such as the biotope presented here, may support a significant population of Branchiostoma lanceolatum. Other conspicuous infauna may include Echinocyamus pusillus, Glycera lapidum, Polygordius, Pisione remota, and Arcopagia crassa (in the south of the UK). Sessile epifauna are typically a minor component of this community. This biotope has been described from a limited number of records and as such may need revising when further data become available. Variants to this biotope may occur in deeper, circalittoral waters, with slightly muddy or gravelly sediments. These transitional forms of the biotope to muddier, or more gravelly sediments may be characterised by polychaetes such as Notomastus latericeus, and the amphipod Urothoe marina. This biotope is related to the 'Boreal Offshore Gravel Association' and 'Deep Venus Community' described by other workers (Ford 1923; Jones 1951), and may also be closely associated with the 'Venus fasciata' community of Cabioch (Glemarec 1973). This biotope may be an epibiotic overlay of the biotope SS.SCS.ICS.MoeVen or SS.SCS.CCS.MedLumVen.