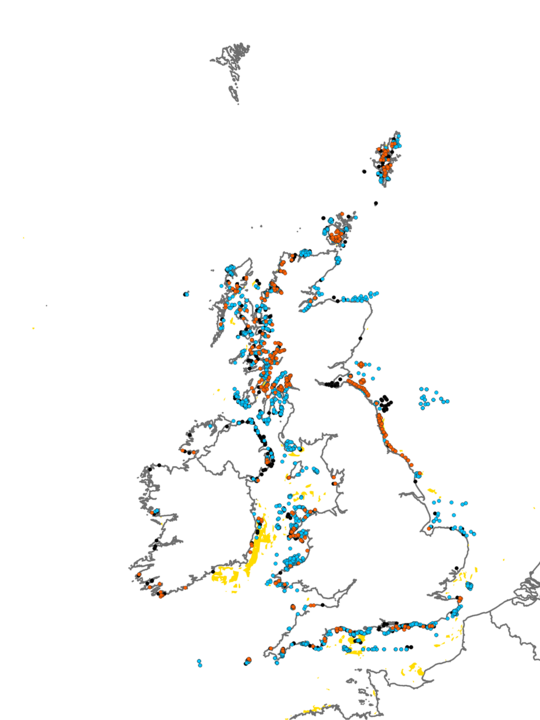 Mixed (heterogeneous) sediment habitats in the circalittoral zone (generally below 15-20m) including well mixed muddy gravelly sands or very poorly sorted mosaics of shell, cobbles and pebbles embedded in or lying upon mud, sand or gravel. Due to the variable nature of the seabed a variety of communities can develop which are often very diverse. A wide range of infaunal polychaetes, bivalves, echinoderms and burrowing anemones such as Cerianthus lloydii are often present in such habitat and the presence of hard substrata (shells and stones) on the surface enables epifaunal species to become established, particularly hydroids such as Nemertesia spp and Hydrallmania falcata. The combination of epifauna and infauna can lead to species rich communities. Coarser mixed sediment communities may show a strong resemblance, in terms of infauna, to biotopes within the SCS complex. However, infaunal data for this biotope complex is limited to that described under the biotope MysThyMx, and so are not representative of the infaunal component of this biotope complex.