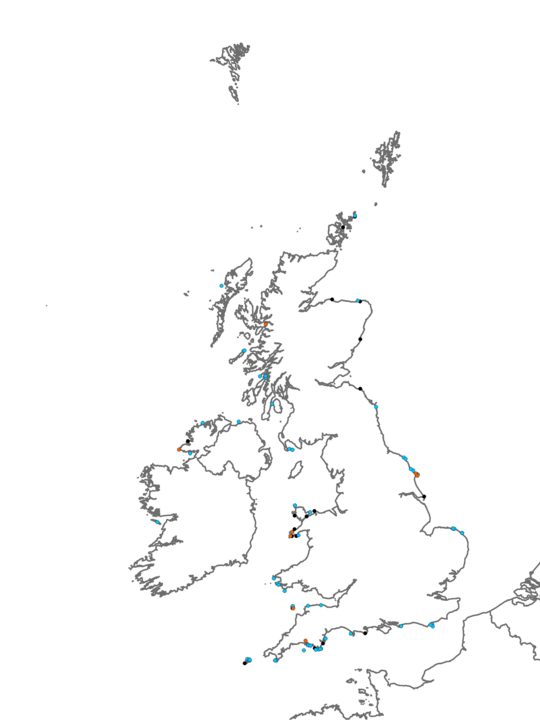 This biotope typically occurs on tide-swept circalittoral bedrock, rock adjacent to mobile sand/gravel in gullies, and cobbles on gravel and sand, characterised by scour-tolerant robust species. Although many of these species are found on subtidal rock, they tend to occur in larger numbers in these highly sand-influenced conditions. The dominant species by far is the anemone Urticina felina which commonly occurs on rocks at the sand-rock interface, where the scour levels are at a maximum and few species can tolerate this abrasion. The sponge Ciocalypta penicillus is also very characteristic of shifting sand-covered rock. This biotope is only occasionally recorded as a separate entity, because its extent is typically restricted to a very narrow band of rock at the sediment interface. Only occasionally does it cover a large extent of rock (e.g. where the wave action is strong enough to cause sand abrasion well up the rock face or where the rock is low-lying). More often, this scoured zone is recorded as part of whatever biotope occurs on the nearby hard substrata. Other species (which are able to survive, and benefit from the reduced competition) include Balanus crenatus, Pomatoceros triqueter, Cellepora pumicosa, Alcyonidium diaphanum, Cliona celata, encrusting red algae and Asterias rubens.

This biotope tends to be found in close proximity to mobile sand or gravel, producing scour that tends to limit the number of species found. 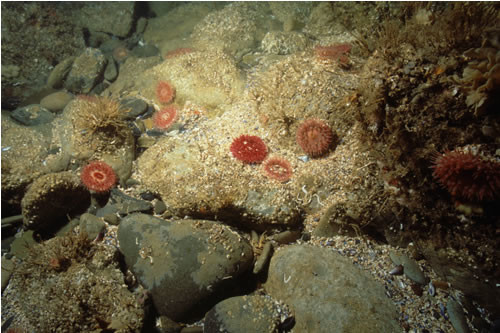 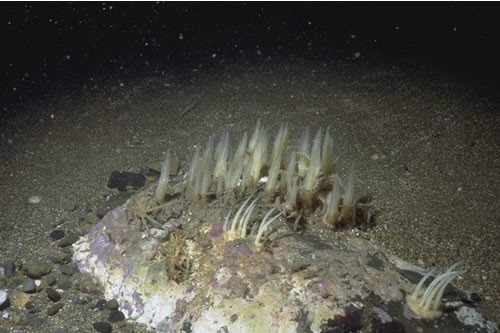