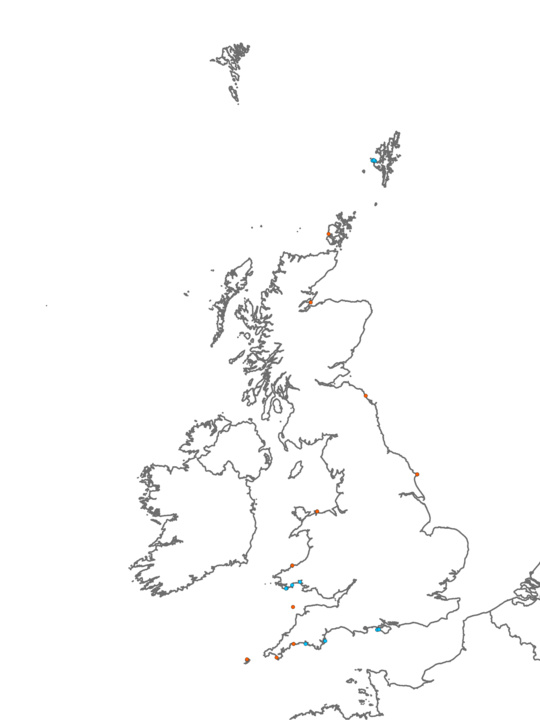 The inner walls of caves, predominantly in the mid shore in wave-surged conditions dominated by barnacles Semibalanus balanoides, and Verruca stroemia, with patches of encrusting sponges such as Halichondria panicea and Grantia compressa and occasional patches of the mussel Mytilus edulis. Increased moisture allows a denser faunal population than ScrFa to develop within the cave. The limpet Patella vulgata and spirorbid tube-forming polychaetes can be present. The hydroid Dynamena pumila and anemones such as Metridium senile and Actinia equina may occur towards the lower reaches of the cave. Where a dense faunal turf of barnacles or bryozoan crusts covers the cave walls, the biotope can also extend to cover the ceiling and may be accompanied by the bryozoan Alcyonidium diaphanum. Variations of this biotope may occur in mid and lower shore scoured caves in south Wales the rock is dominated by dense Sabellaria alveolata. In south-west England the rock can be completely covered by the barnacle Balanus perforatus. There may be a variation in the species composition from cave to cave, depending on local conditions.

This biotope usually occurs above the sand/pebble scoured ScrFa zone and may extend to the ceilings of the caves. 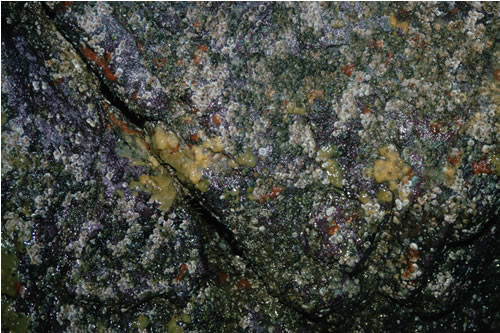