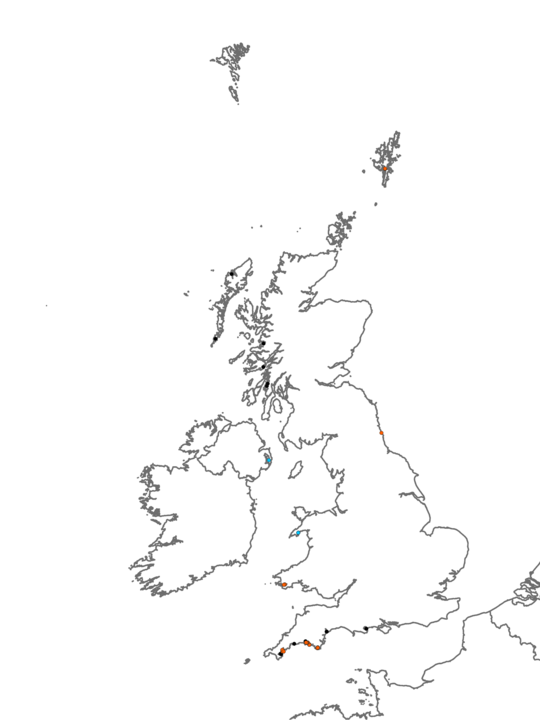 Sheltered muddy sandy gravel and pebbles in marine inlets, estuaries or embayments with variable salinity or fully marine conditions, support large populations of the pullet carpet shell Venerupis senegalensis with the brittlestar Amphipholis squamata and the tanaid Apseudes latreilli. This biotope may be found at a range of depths from 5m to 30m although populations of V. senegalensis may also be found on the low shore. Other common species within this biotope include the gastropod Calyptraea chinensis, a range of amphipod crustacea such as Corophium sextonae and Maera grossimana and polychaetes such as Mediomastus fragilis, Melinna palmata, Aphelochaeta marioni, Syllids and tubificid oligochaetes. Many of the available records for this biotope are from southern inlets and estuaries such as Plymouth Sound and Milford Haven but V. senegalensis has a much wider distribution and it should be noted that northern versions of this biotope may a have a much lower species diversity than reported here.