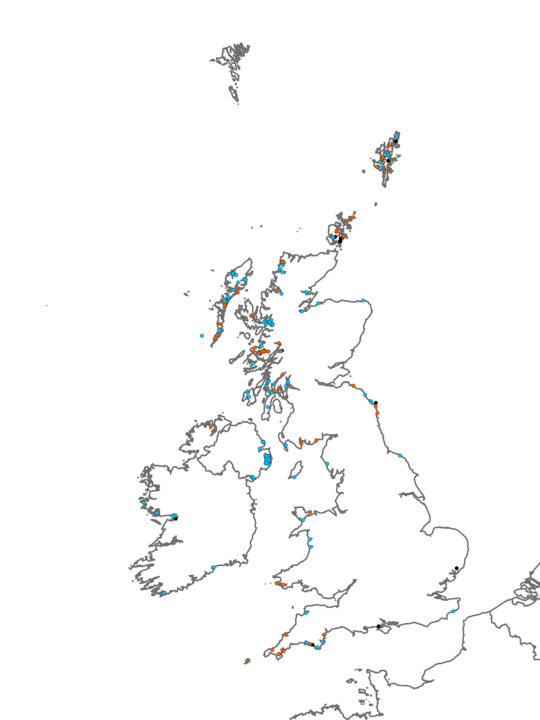 Sheltered to extremely sheltered full salinity mixed substrata (cobbles, boulders and pebbles on sediment) characterised by a canopy formed by a mosaic of the wracks Ascophyllum nodosum and Fucus vesiculosus. The red seaweed Polysiphonia lanosa can often be found as an epiphyte on the A. nodosum. The mussel Mytilus edulis often occurs in clumps, and provides further suitable substrata for the attachment of fucoids and red and green seaweeds such as Polysiphonia spp. and Enteromorpha intestinalis or the barnacle Semibalanus balanoides. Winkles are common and Littorina littorea and Littorina obtusata/mariae may occur in high densities, while species such as the limpet Patella vulgata, the crab Carcinus maenas and the whelk Nucella lapillus may occur on and around the boulders. Gammarids can be found underneath the boulders or among the seaweeds, while tube-forming spirorbids are found on the boulders, shells or on the F. vesiculosus. Infaunal species including the polychaetes Arenicola marina and Lanice conchilega may occur in the sediment between the cobbles.

A sparse S. balanoides, P. vulgata and L. littorea community (BLitX) can occur above this biotope. On shores with a proportion of smaller cobbles and boulders, large A. nodosum plants become uncommon and F. vesiculosus dominates the canopy (Fves.X). F. vesiculosus also tends to replace A. nodosum in areas with freshwater influence. Below this biotope are either a Fucus serratus dominated biotope (Fserr.X) or a M. edulis dominated biotope (Myt.Myt).

A. nodosum communities tend to be stable due to longevity of the individual A. nodosum, but because of the mixed substrata some variation in the densities of F. vesiculosus and A. nodosum can be expected.

Occurs on bedrock. Has a higher abundance and diversity of red seaweeds and species such as the hydroid Dynamena pumila and the lichen Verrucaria mucosa are present.

Occurs on bedrock or mixed substrata with variable salinity. Similar species composition but species, such as the hydroid D. pumila and the barnacle Elminius modestus are usually present.

Occurs on rock and mixed substrata in fully marine conditions. Has a high abundance and diversity of red seaweeds and filter feeding species such as the sponges Leucosolenia spp. and Grantia compressa, the hydroid Clava multicornis and the sea squirt Dendrodoa grossularia. 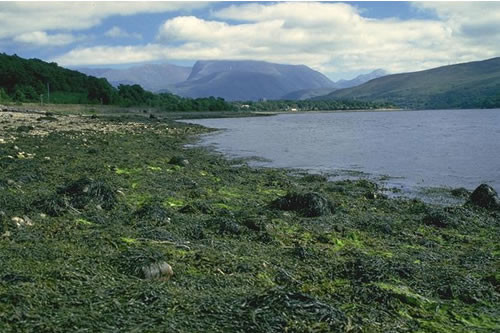 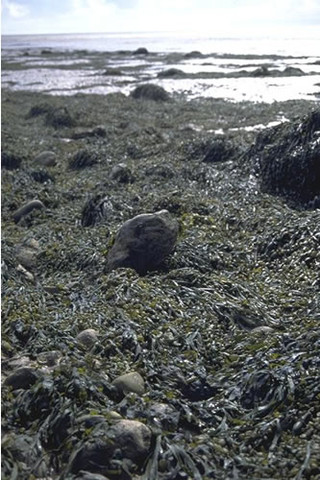 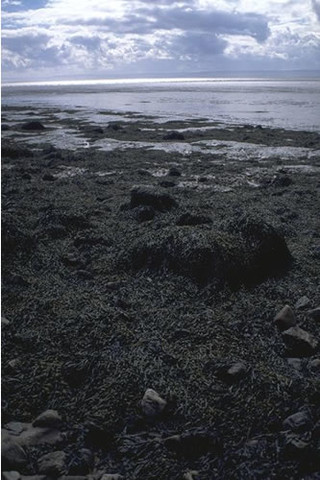