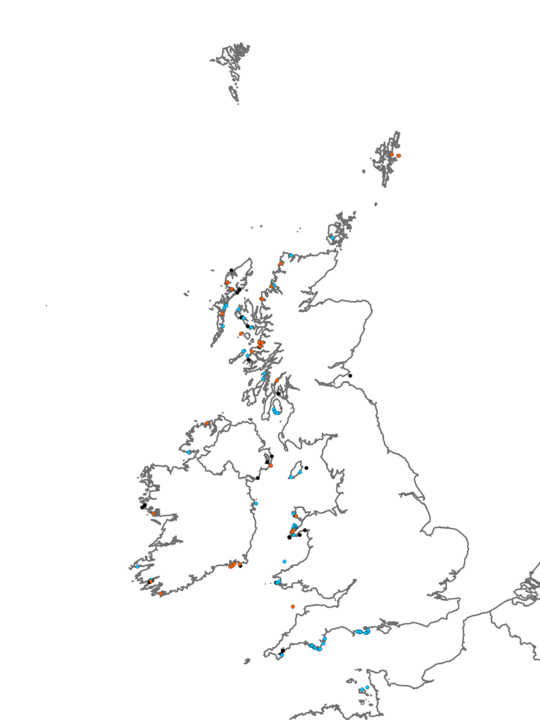 Sublittoral plains of clean, shell, maerl and / or stone gravels or sometimes coarse sands, with frequent Neopentadactyla mixta. Pecten maximus may occur occasionally along with Lanice conchilega. Other epifaunal species may include Ophiura albida, Pagurus spp. and Callionymus spp. These sediments may be thrown into dunes by wave action or tidal streams. Widespread species such as Cerianthus lloydii and Chaetopterus variopedatus are present in many examples of this biotope. Scarcely recorded species such as Molgula oculata, Ophiopsila annulosa and Amphiura securigera may also be found. O. annulosa only occurs in records from the south-west of the British Isles. It should be noted that Neopentadactyla may exhibit periodicity in its projection out of, and retraction into, the sediment (Picton 1993).This biotope may be an epibiotic overlay of the biotope MedLumVen.

This biotope may occur adjacent to maerl beds and to some extent in the lower infralittoral where some seaweeds may occur in low abundances.