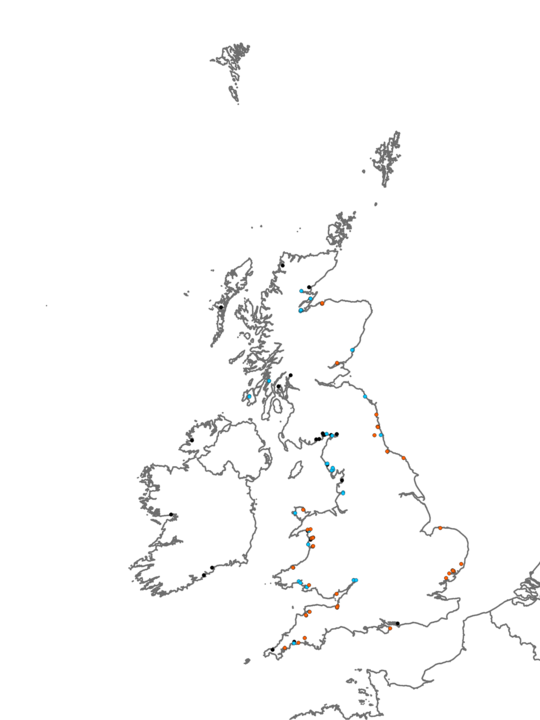 Sheltered estuarine shores of sandy mud, which may become firm and compacted if present in the upper shore where there is more time for drainage between high tides. An anoxic layer is usually present within the first 5 cm of the sediment. The infauna is very sparse, usually only the ragworm Hediste diversicolor and the amphipod Corophium volutator are present in any abundance. Occasionally, oligochaetes or the spire shell Peringia ulvae may be present. Corophium multisetosum may also be found. There may be organic pollution of the sediment.

Hed.Cvol may occur on the same shores as HedMacScr, HedMac, NhomAph, and Hed.Str. Higher up on the shore, and/or further towards the head of the estuary, Hed.Ol may occur, changing to Tben at the upper extreme of the estuary.

Occurs under more reduced salinity conditions. The principal difference is the absence of C. volutator, and the occasional presence of Scrobicularia plana.

Occurs in sediments with a smaller sand fraction, with a higher diversity of polychaete and oligochaete species. C. volutator is absent.

Occurs in similar physical environments. The infauna of this biotope is a lot more diverse, and dominated by a range of bivalves, including the Baltic tellin Macoma balthica, in addition to H. diversicolor and the occasionally abundant C. volutator.

Occurs under similar physical environments, slightly lower on the shore. The infauna is more diverse, with higher numbers of oligochaete and polychaete species, most notably Streblospio shrubsolii. 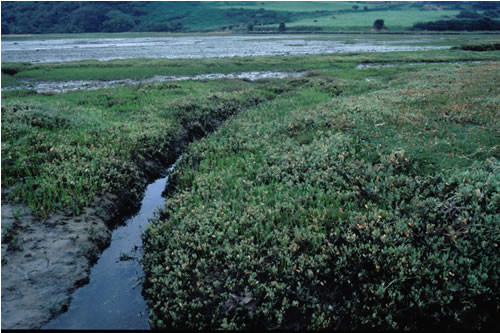