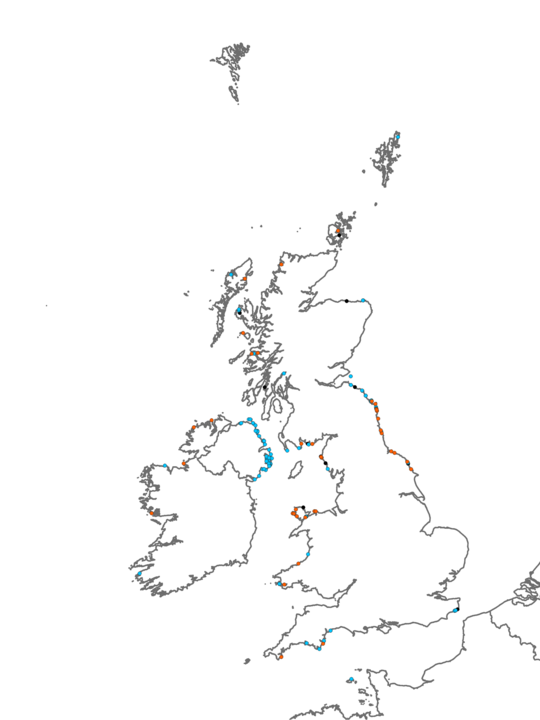 This Laminaria digitata biotope is found predominantly on moderately exposed boulder shores and occasionally also on exposed or sheltered shores. Upper surfaces of the boulders are colonised by dense L. digitata though other kelp such as Laminaria hyperborea and Saccharina latissima or the wrack Fucus serratus can be present at lower abundance. The kelp fronds can be colonised by the bryozoan Membranipora membranacea. Beneath the kelp canopy are a variety of red seaweeds such as Mastocarpus stellatus, Chondrus crispus, Palmaria palmata, Membranoptera alata, Corallina officinalis and coralline crusts. Green seaweeds include Cladophora rupestris and Ulva lactuca. Where space is available beneath the boulders (i.e. they are not buried in sediment) there may be a rich assemblage of animals. Characteristic species include the crabs Porcellana platycheles, Pisidia longicornis and juvenile Cancer pagurus. Also present beneath the boulders are often high densities of the barnacle Balanus crenatus, the tube-building polychaete Spirobranchus triqueter, spirorbid worms, the polychaete Harmothoï¿½ sp., gammarid amphipods and a few gastropods such as Steromphala cineraria. The encrusting bryozoans Electra pilosa and Oshurkovia littoralis and encrusting colonies of the sponges Halichondria panicea and Halisarca dujardinii are also typical of this habitat. The richest examples also contain a variety of echinoderms such as Asterias rubens, colonial ascidians such as Botryllus schlosseri and small hydroids.

This biotope is found in a similar situation to Ldig.Ldig, usually beneath the Fucus serratus zone (Fser.Bo or Fser.R) and above the Laminaria hyperborea zone (Lhyp). Many of the animals found under boulders in the lower shore in Fser.Bo are also found under boulders in the sublittoral fringe (Ldig.Bo), particularly the sponges and crabs. Similarly, many of the seaweeds present on the lower shore are also present in the shallow sublittoral fringe. 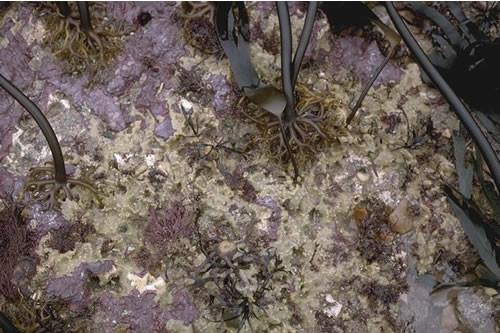 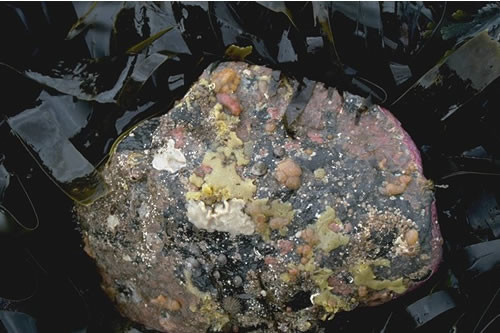 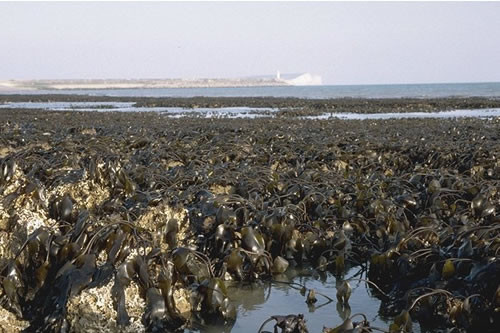